The science of getting high: How weed works in the body 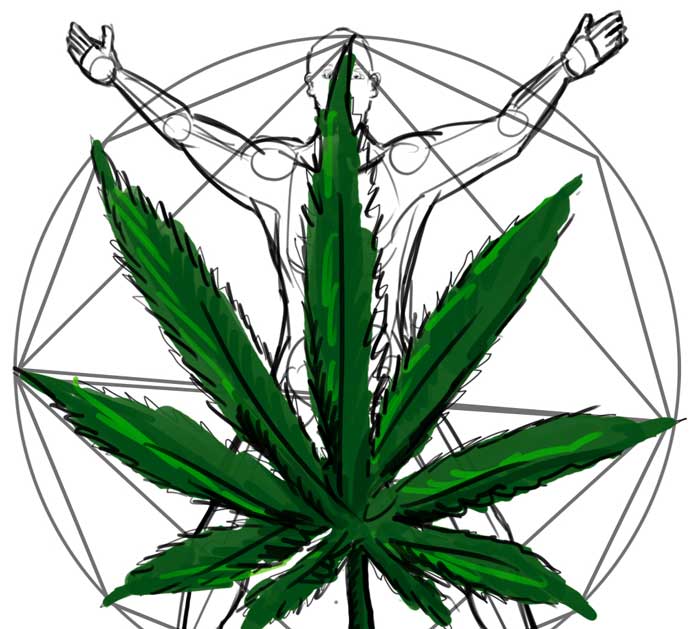 What exactly happens when a person gets high?

The educational system does a good job explaining the circulatory, immune, muscular and nervous systems among others, but what if a student cares less about the digestive system than they do about how they process drugs?

It’s important that people know about what they consume, without negative stereotypes or misinformation.

The human body contains an endocannabinoid system that works to achieve homeostasis — a balanced internal environment working against external imbalances. This system contains both cannabinoids and cannabinoid receptors.

Cannabinoids travel through the bloodstream via the lungs if smoked, through the digestive system if eaten or through the skin if applied there (often for medical purposes or on animals). After inhalation, an air-blood exchange takes place in the alveoli in the lungs.

When smoking pot (the fastest method to achieve a buzz), THC reaches the brain within seconds. It takes about 20 minutes for blood saturation levels to peak and for everything to look like an episode of “The Future is Wild.”

In 1988, cannabinoid receptors were discovered in the human brain. These receptors are protein molecules that can receive signals from other cells, which can result in effects like euphoria, depression, pain, pain relief or nausea.

Interestingly, there’s evidence to suggest these receptors appeared 550 million years before marijuana itself. Sea squirts were the first organisms to develop receptors and can probably outsmoke anyone.

The hippocampus, basal ganglia and cerebellum, all dealing with short-term memory, coordination, learning and problem-solving, contain dense amounts of cannabinoids and are heavily affected by marijuana consumption.

The added cannabinoids from marijuana overstimulate the hippocampus that handles short-term memory and spatial navigation, which neurologically resembles brain damage while in effect. This is why it’s easy to forget a conversation midsentence.

THC also elevates dopamine levels, which controls the internal sense of time. This throws off the perception of time, and since memory is also temporarily faulty, it can feel like being in a haze.

Since dopamine is a foundation for addiction, it’s true that a user can become addicted to weed. However, it’s probably a lot easier to kick than heroin.

A lot of studies right now disagree with one another. As far as scientists know, cannabis doesn’t cure anything.

It does, however, have certain palliative effects, like suppressing nausea and pain, decreasing pressure on the eyeballs and stimulating appetite. The increase in blood pressure and decrease in sugar levels explain its two most famous phenotypical effects: red eyes and munchies.

So now people can know more about getting high and can make a more informed decision about putting things in their bodies.

They can make more informed decisions about putting natural things in their bodies.