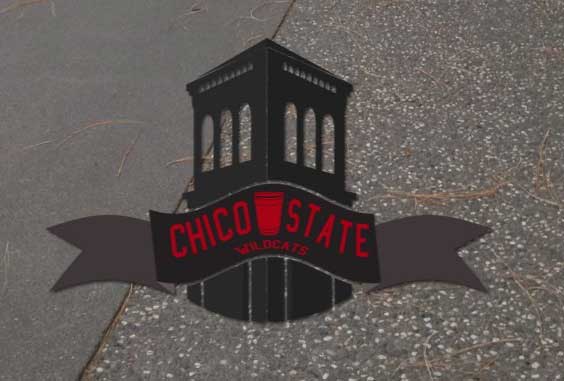 This geofilter appears on the Snapchat filters whenever someone is on the Chico State campus. Photo credit: Katherine Feaster

The social media app Snapchat released a controversial filter representing Chico State that was pulled from the app after only a week of use.

Geotags are used as location tags that appear in different places all over the world and Chico has two.

According to its website, Snapchat users now have the power to create a geotag for their community and submit their original work and get it approved.

Recently, Snapchat users noticed that Chico has two geotags. One of the filters that represents the city has Chico, California written at the top and a river and forest at the bottom.

The second filter only appears when a user is on campus and it is a small image at the bottom of the bell tower and a banner that reads ‘Chico State Wildcats’ and a red Solo Cup.

Some students are disappointed with the red Solo Cup being included in the photo because Chico State is trying to fight the party reputation the campus has, and they feel this geotag won’t help.

“The red Solo Cup is funny, but it’s also kind of annoying,” said Lucy Busnardo, a first-year psychology major. “It just feeds into the ‘party school’ stereotype even more, and I think that Chico is so much more than a party school.”

Many students don’t mind the new geotags and some are even excited.

“I think it’s cool that we actually have one,” said Erien Matsueda, a first-year journalism major, “it’s a bummer that there’s a red cup in it, but I don’t think its really that big of a deal.”

Katherine Feaster can be reached at [email protected] or @katfeaster on Twitter.