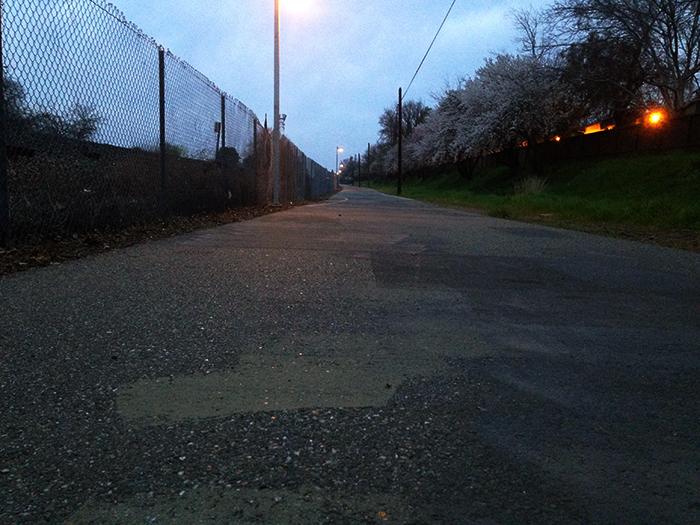 For many students at Chico State living in such a small town, biking is the easiest way of transportation. Approximately half of the student body uses their bikes for traveling to school, work and home.

With so many students using the bike paths around campus and town, it is key to ensure their safety at all hours of the day, particularly at night. Riding these paths at night can become dangerous.

There have been many incidents reported in the past. Because of this the City of Chico approved the installation of cameras on bike paths near the university to ensure the safety of students and residents.

After various incidents on the bike path, the Chico Police Department and University Police worked together to raise awareness and money for the new cameras. There was an overwhelming amount of support and cameras will be installed and available just in time for fall semester.

Chico Police as well as the University Police are pleased with the new cameras, but more importantly students now feel a little safer on the bike paths when riding home from late night classes.

Incoming first year Jordan Doukakis was pleased when hearing of the news.

“I have one class that ends around 7 p.m. twice a week and it made me nervous knowing I would be riding home in the dark,” Doukakis said. “Now I feel a little more comfortable knowing there are cameras there to maybe help prevent people from doing anything strange or dangerous.”

With the new cameras installed police hope to put a stop to violent or lewd acts that may take place on the bike paths.

Early in the spring semester junior Victor Guerrero was riding his bike home from a physical therapy club meeting at school. When the meeting ended he noticed three men in dark clothing standing in the middle of the bike path. He said as soon as he saw them he turned around and went the long way home.

“It wasn’t completely dark outside yet, but when I saw those guys and they looked a little off and the way they looked at me I knew I just had to avoid them at all costs,” Guerrero said.

More cameras are anticipated to be placed around various bike paths in the future.

Guerrero said he will feel a little safer knowing there are cameras located on the bike path and it might keep people from doing something stupid.

Katalina Santamaria can be reached at [email protected] or @theorion_news on Twitter.