Chico State rises above other campuses in real food challenge 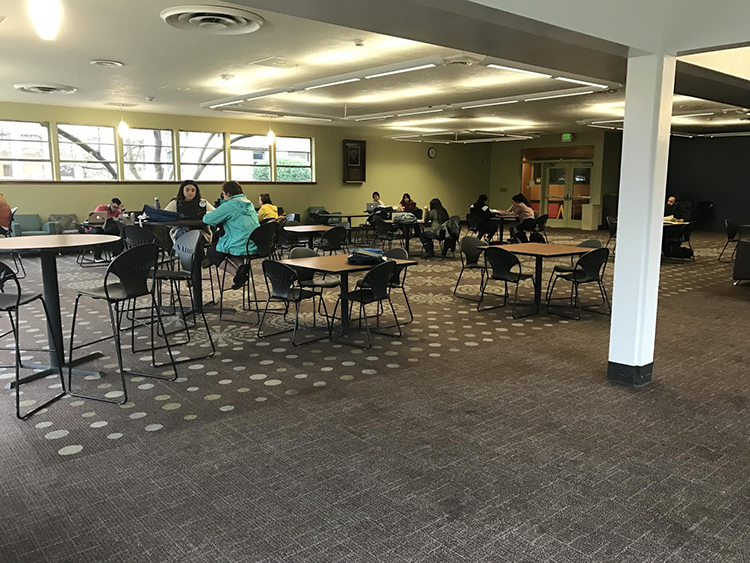 Students eat in selvester's Cafe, one of A.S.' retail dining options on campus.

Chico State has set a goal to have 20 percent of all food on campus be locally grown, humane, fairly traded or ecologically sound by 2020.

Real food is food that falls under at least one of four criteria according to Robert Cayaban, the real food challenge coordinator for Chico State.

According to Cayaban, it must be grown within 100 miles of the school. It must have been produced through humane treatment of animals.

It must come from fair trade which means a fair compensation has been paid to workers and those involved in the production of food. It must be ecologically sound and sustainably made.

“The organization itself is focused on transitioning our food system to a more sustainable model,” Cayaban said.

The new goal was set after a “yes” vote May 6 by the California State Student Association on a real foods system resolution. The resolution sets a goal for all 23 CSU campuses to obtain 20 percent real food by 2020.

Currently the average amount of real food at the CSUs is 5 percent according to the real food challenge.

Cayaban said that Chico State has more real food on average than most CSUs with recent numbers putting Chico State at 15 percent. Of all the food at Chico State, only about two to three percent is local, according to Cayaban. The majority of our real food falls under the categories of ecologically sound and humane food.

Part of the goal of the program is to push for more transparency within college dining, said Cayaban.

“When you get a piece of chicken you know where the chicken is coming from,” said Cayaban.

When asked if this would lead to an increase in prices for students, Cayaban said that they want the food to be cheaper or about the same price.

“The goal is yes,” said Cayaban when asked if it would be cheaper. “The current system is our dining systems are run sustainable non-profit. We do make profits but its profits that go back to us.”

According to the real food challenge, in order to reach the goal of 20 percent real food for all CSUs, an investment of $25,000,000 will need to be made.

Nicholas Feeley can be reached at [email protected] or @theorion_news on Twitter.