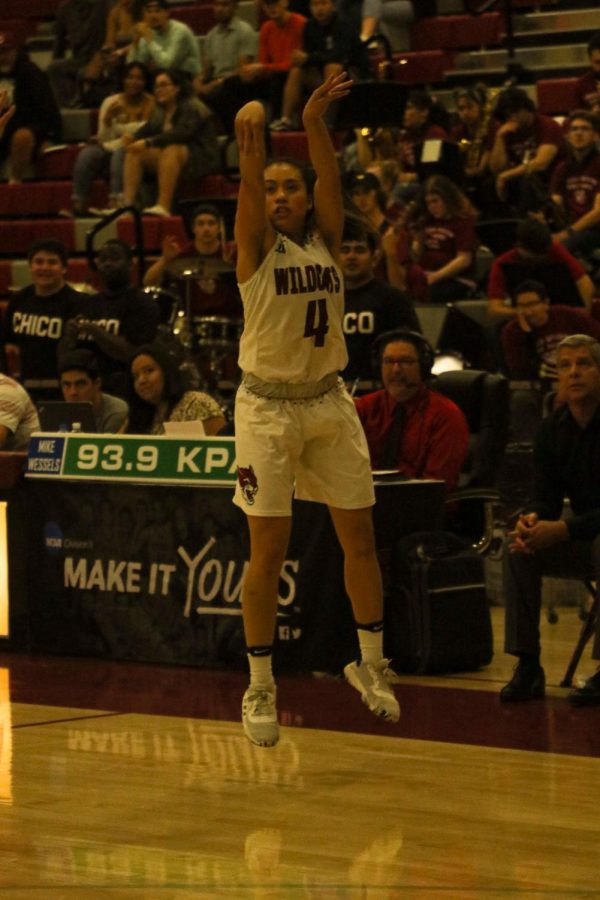 Maddy Wong pulls a jumper from the 3-point line.

It was an intense night in Acker Gym as the Wildcats took on the Cal State East Bay Pioneers in the first round of the CCAA playoffs. Unfortunately, Chico State exited the playoffs early as they lost by a final score of 53-78.

Sophomore forward Mikaila Wegenke was the team’s leading scorer and the only one to contribute double digits to the Wildcats’ score. She had 10 points on the night and added on four steals. Despite an early playoff exit, Wegenke reflects on a well-played season.

“I’m proud of being on this team and playing with these girls no matter what the score is and no matter how many points I score. It’s all about doing it for the people that go through hell everyday with each other,” Wegenke said. 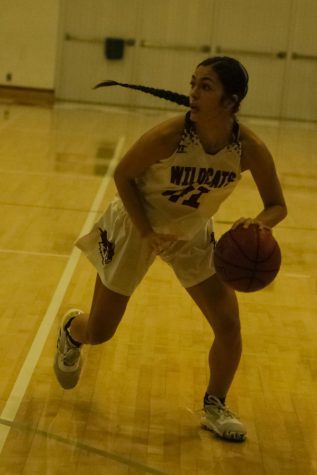 Senior Maddy Wong put up seven points in her last Wildcat basketball game. Wong put up 338 points during her final regular season of play at Chico State and will be missed by her teammates and coaching staff. At the conclusion of the game, Wong took her last steps off the court to the sound of a roaring crowd giving her a standing ovation.

“She (Wong) has been a tremendous leader for us. She’s a great student and a role model. She’s a joy to coach,” head coach Brian Fogel said. “She’s leaving here as the most prolific three point shooter in the history of the school as well as the CCAA conference. That doesn’t just happen. She put in extra time. She got to practice early and stayed late. We’re going to miss her dearly.”

Despite the disappointing outcome, the Wildcats congratulated the Pioneers on their advancement into the next round of playoffs, taking place in Southern California.

“They were hitting their shots, especially in the first half,” Wong said. “They were making the right passes at the right time. When everything is clicking for them and not for us, it’s really hard to find that rhythm that we need to come back.”

As Wong leaves behind her legacy, she will always remember her Chico State days, both on the basketball court and in the classroom. She is grateful for her time spent in Chico and her amazing teammates.

“We all had that [drive] and that’s really hard to find in people,” Wong said. “Each and every team has had a different dynamic. The relationships that we built with the girls on each team that I’ve been a part of this whole entire career has been really special.”