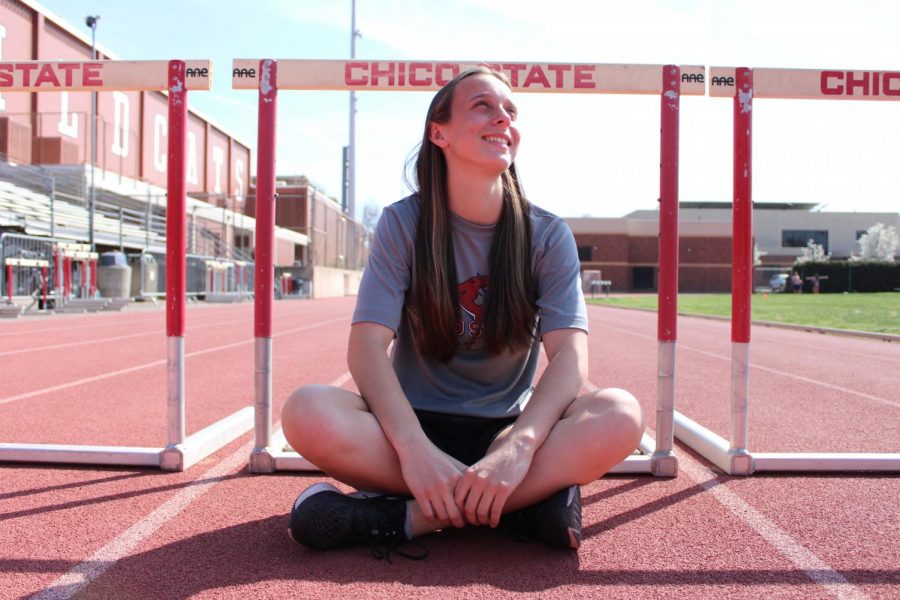 Three standout athletes on the track and field team have shown exceptional talent this season. They come from different backgrounds and participate in different events, yet share the same love for Chico State athletics.

Paul Kostyshak is a sophomore pole vaulter and exercise physiology major. He is from Sacramento County, which is located about 105 miles south of Chico. Kostyshak came to Chico State by chance, yet was soon destined to stay.

“I was originally going to go and play football in college,” Kostyshak said. “A week before I had to commit to a school, I was planning on going to Humboldt State. I ended up coming to orientation at Chico State, and by the grace of God there was a track meet going on that same day.”

Kostyshak has been pole vaulting since his sophomore year in high school and did not anticipate that his pole vaulting days would continue on into college. However, talking to the Chico State head coach changed his presumptions.

“I saw this crazy lady stand up in the stands and she starts walking down toward me,” Kostyshak said. “An athlete started walking to her and I was thinking, ‘No freaking way. This is the coach. This is the opportunity to talk to her’.”

Kostyshak still has two years left of his career here at Chico State, and he intends to make the most of it. Despite his love of the game of football, he is beyond glad he chose to pursue pole vaulting at none other than Chico State.

“I’m forever grateful I chose Chico. I will not get this experience anywhere else,” Kostyshak said.

Fellow athlete on the team is freshman hurdler and kinesiology major Elizabeth Wiley. She is originally from Chico, and her father and siblings went to Chico State, so she is no stranger to this community and environment. One could say that Chico State runs in her blood.

“My high school coach emailed Coach [Robert] Nooney telling him that I wanted to be on the track team,” Wiley said. “I came and met with Coach Nooney. We talked for a bit, and he said they had a spot for me on the team.”

Wiley started hurdling when she was a freshman in high school. She enjoys the sport tremendously and thrives off the tough competition of running short distances.

“I think about running into the hurdle and attacking it,” Wiley said. “It’s really fun doing that because I still get to run, but it’s not stopping me. I get to run and attack it.”

In her senior season is Talia Swangler, a long distance runner and communication sciences and disorders major. Swangler is from the small town of Paradise. She loves to run and enjoys the challenges that come along with the sport.

As a consistent and active member of the track and field team, Swangler typically runs around five to 10 kilometers, which is equivalent to about 3.1 to 6.2 miles.

“It’s definitely a thrill just competing,” Swangler said. “It’s really challenging just being out in front of people the whole time. You can see who you’re with, the times you’re hitting and whether you’re on pace or not.”

Being a senior and closing in on graduation, Swangler intends to continue running after she leaves Chico State. She will take all that running has taught her into the real world.

“The mental toughness that I’ve gained from it is really valuable. I always hope to be a lifelong runner with the ability to grin and bear anything,” Swangler said.