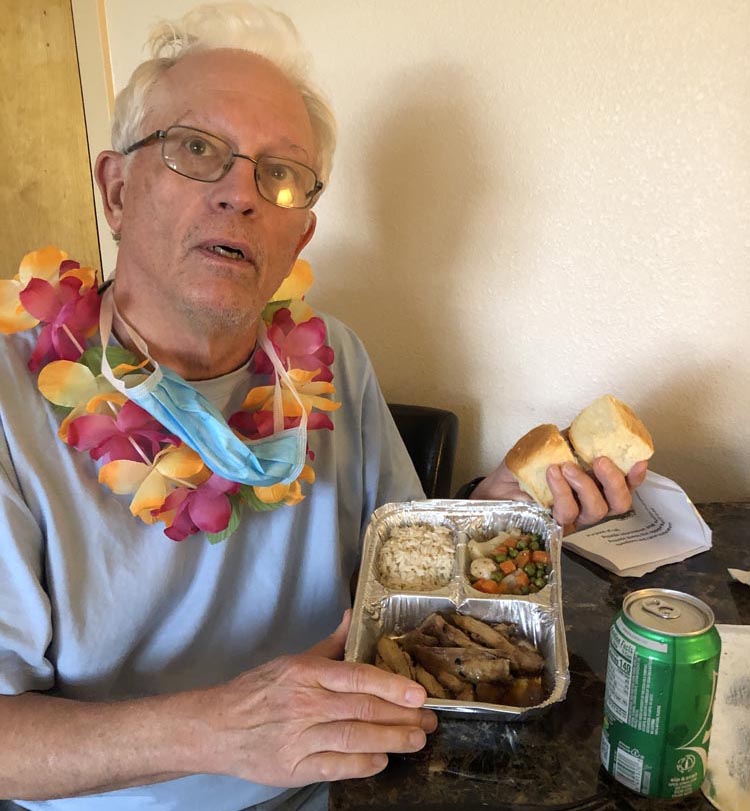 One concern Bell had was the food. "It's really bad," he said. Courtesy of Michael Bell

Michael Bell, a Chico resident, was a passenger aboard the Grand Princess cruise ship when it was docked over concerns of a potential coronavirus (COVID-19) contamination.

The cruise ship, operated by Princess Cruises, was set to sail to Hawaii, with four port stops. Bell said the Grand Princess was set to stop at Ensenada, Mexico after Hawaii when the ship’s captain, Captain John Smith, informed the ship about the situation.

“(Captain Smith) got on the horn to let us know and kept us well informed (about) the demands of the (Center for Disease Control) and other agencies,” Bell said. “We shut down all of the theaters, bingo parlors, casino, dining rooms and we were isolated in our rooms for five days at sea.”

Bell added that the crew was effective and friendly throughout the situation.

After docking in Oakland, Bell was among hundreds who were flown to the Marine Corps Air Station Miramar in Miramar, California for further isolation. 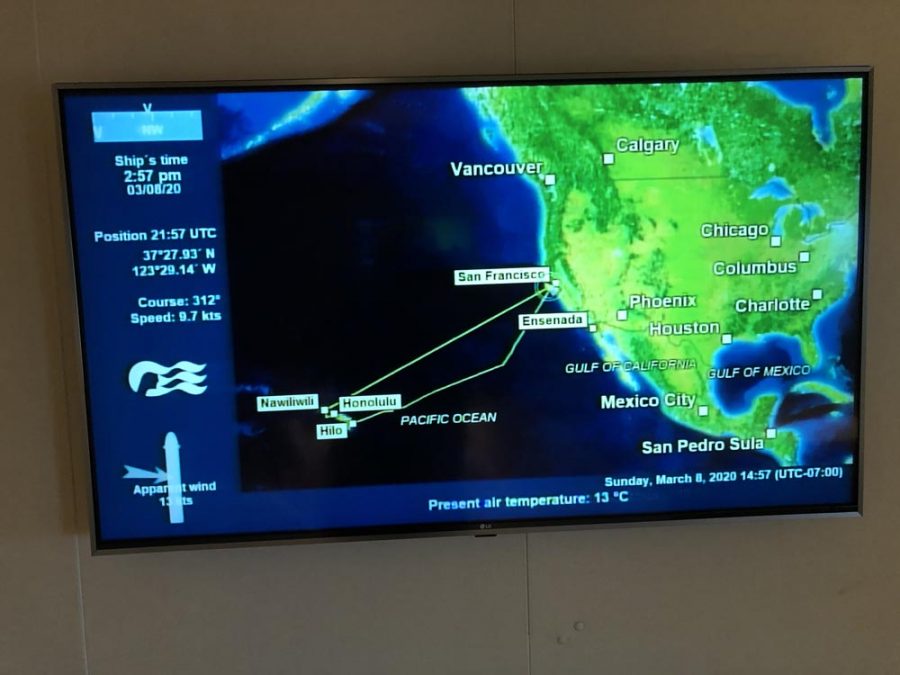 A monitor showing the route of the Grand Princess. The cruise ship was en route to Ensenada, Mexico before being ordered to dock in Oakland.
Courtesy of Michael Bell.

Bell mentioned that Oregon, Nevada and Kansas were among several states that chartered busses for their respective residents back to their home states to quarantine them. The United Kingdom and Canada chartered flights for their own citizens, as well.

As of March 16, Bell has been tested twice for the coronavirus with negative results.

“The nurse inserts a swab four inches up your nose. The first test included an additional swab of the throat,” Bell said. “The samples are put into a vial and sent to the lab.”

On Friday, Bell had his phone service disconnected by Verizon Wireless.

“We had not made arrangements to pay for the roaming charges that we did from the ship,” Bell said.

Bell says his personal bill is $895 for roaming while his travel companion was billed $1,500.

“(Verizon) charged us and many other people hundreds,” Bell said. “They just gouged the heck out of us, but we had to promise to pay it or give them a credit card number or we (would) not get our phones back on.”

Bell is currently in Miramar in isolation, staying at one of two hotels on the air station. According to Bell, 250 were housed, to start, at the Miramar Consolidated Bachelor Quarters, while, possibly more were housed at the Inns of the Marine Corps. 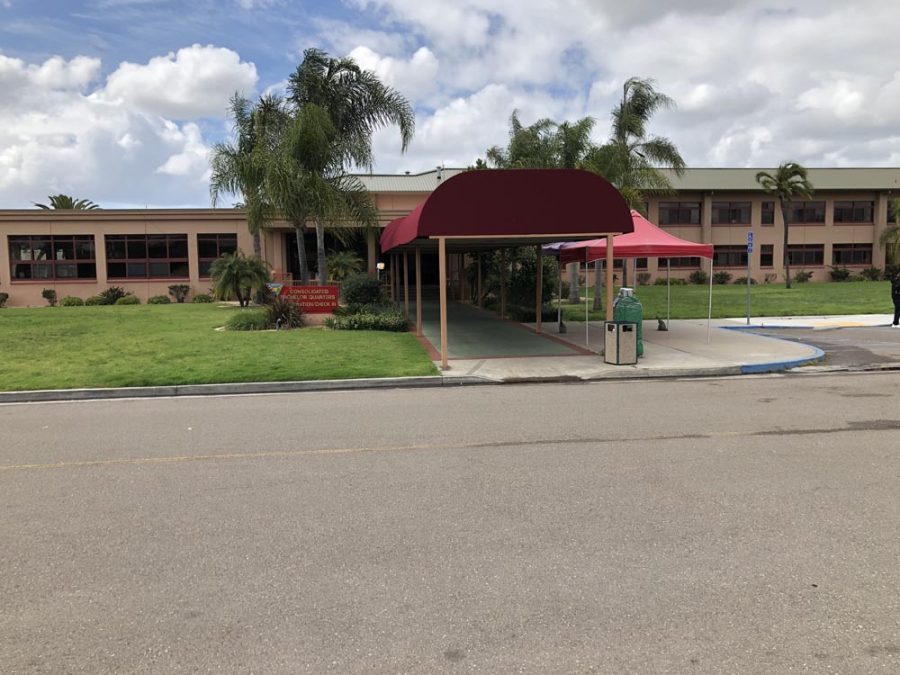 The Miramar Consolidated Bachelor Quarters, a hotel at MCAS Miramar where Bell, and many others, are quarantined for 14 days.

“This whole compound lacks leadership, communication and organization,” Bell said regarding how many people have yet to be tested for the coronavirus at the air station. Bell also refers to the food as “worse than college food.”

Bell and everyone else in quarantine at the air station in Miramar have nine days left of their 14-day isolation.

In closing, Bell has advised his fellow Chico residents who are panic buying and over-stocking essentials to “get a grip.”