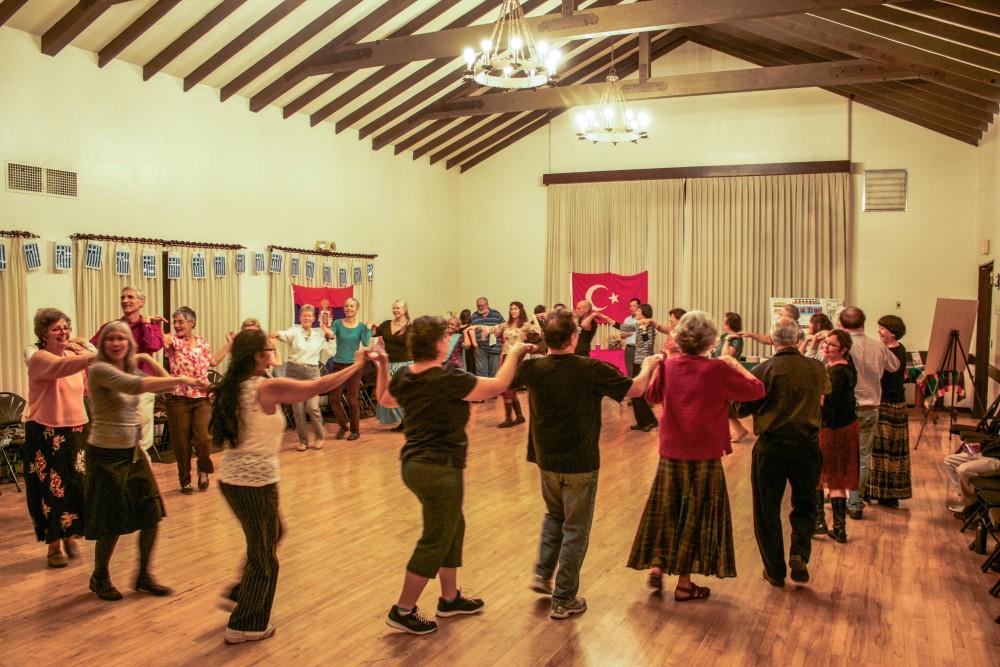 Folk dance’s traditional origins make it a great way to enjoy a part of a culture that has existed for generations.

Members of the Chico World Dancers and others gathered at the Chico Women’s Club on Friday night to enjoy the community feel of folk dances from Romania, Bulgaria, Greece and many other Eastern European countries and cultures.

Live music was provided by two talented bands: Troika and Karamfil. They played traditional music and sang songs from various cultures and languages.

The dances were open to anyone and didn’t usually require a partner, so dancers could just jump in whenever they wanted and have a great time with the whole group.

Chico State offered classes specifically for folk dancing several years ago. Many of the Chico World Dancers started learning these folk dances in these classes.

A few of the Chico World Dancers are from the countries where these dances originated and share an appreciation for the joy of traditional folk dance.

Participants also brought an extra taste of their culture to the event with their outfits. Some wore traditional clothing from Germany, Croatia and Serbia. Each folk dance culture also has a specific type of dancing shoe, a style unique to their country of origin.

Folk dances are village dances, Keswick said. People in each of the cultures represented have used folk dancing to build their communities and have fun for generations.

Judy Keswick, Memo Keswick’s wife and former professor at Cal State Stanislaus, and her husband had been able to visit some of the countries where these dances are from, including France and Spain, she said.

“It’s a beautiful way to bring people together,” Ariaratnam said.

Sarah Scharf can be reached at [email protected] or @theorion_news on Twitter.