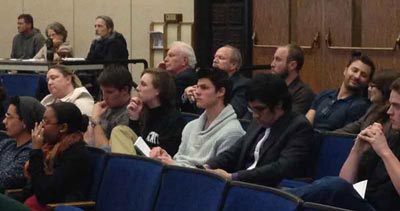 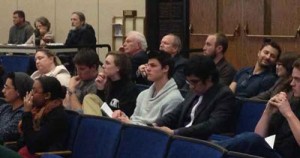 The social host ordinance unanimously passed at the Chico City Council meeting on March 4. The new law is receiving mixed responses from students.

The social host ordinance will punish those hosting private parties where alcohol is consumed by people younger than 21 years old.

The law was developed to address alcohol abuse in the Chico community after last year’s call to action. It had already been reviewed by the City Council once before, but was returned to the Internal Affairs Committee to lessen landlord liability and increase the fines on party hosts.

Student responses to the social host ordinance have been varied.

“Hopefully, it will help out with some of the shenanigans that are going on with how people are acting downtown, especially,” McBride said. “I think it’ll make things a little bit safer because people are now accountable for their actions, more so than before, so I definitely think it’s necessary for a lot of reasons.”

Kerria Davis, a first-year psychology major, said she thinks the ordinance is unfair because hosts have no way of knowing if underage kids come to their party with alcohol.

“I don’t think it’s fair for people to get fined if they didn’t know about this law and because hosts can’t really do anything to prevent it,” Davis said. “Why pass a law if it’s still going to happen.”

After the city council meeting on March 4, President Zingg said the ordinance was a good example of a true community effort to promote the well being of young people.

“It’s unfortunate that folks feel that it’s directed at university students, but clearly it’s not,” Zing said “I mean I can understand why they would feel that way since a significant percentage of our students are under 21, but it’s a community measure and I think the council has been very clear in clarifying that point.”

Associated Students offered a forum on March 3 in the Bell Memorial Union for students to voice their opinion about the pending social host ordinance, but as few as five students that were not required to attend or part of A.S. showed up.

Both McBride and Davis said they would have shown interest if they had known about the forum.

“It’s really important for the host of the party to know that they are now liable for anything that happens at their house,” McBride said.

Students were informed of the forum through more than 1,000 Facebook invitations and the campus announcements, said Taylor Herren, Associated Students president.

Davis said she thinks it’s unfair that something so broad that will affect everyone on campus is being kept within certain groups and clubs, she said.

Madison Holmes can be reached at [email protected] or @theorion_news on Twitter.