Professor looks back on career, thanks Chico State 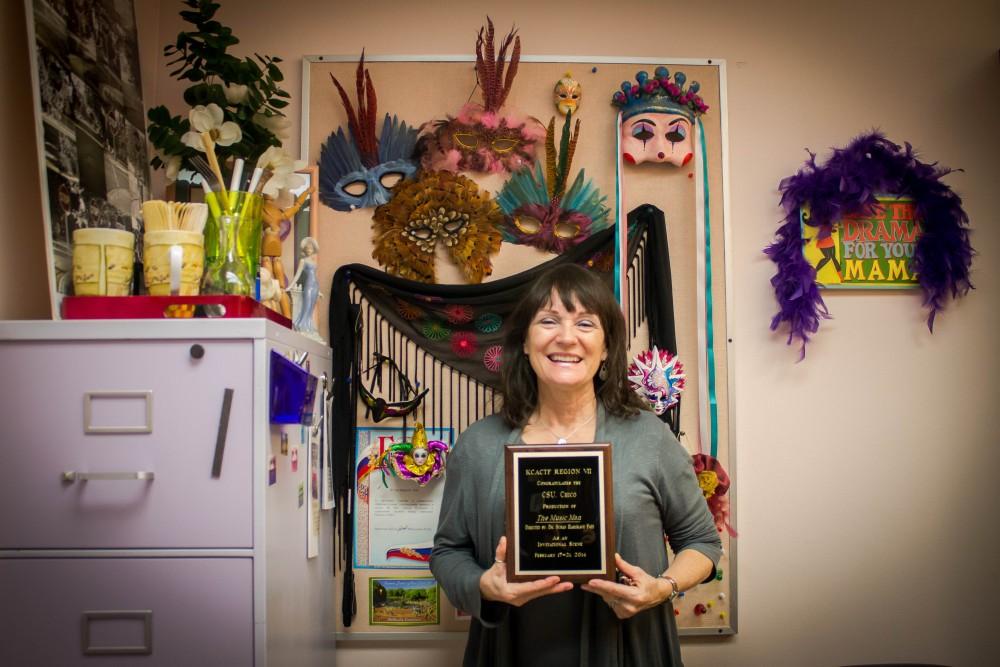 Sue Hargrave Pate has never belly or hula danced. Never mind the fact she’s been involved with dance since she was 16-years-old and has taught theater, movement, miming, directing, choreography and dance courses at Chico State for 28 years.

“I’ve done ballet, I’ve done tap, modern, jazz; I’ve done all the traditional styles, but I haven’t ever learned belly dancing,” Hargrave Pate said. “I would love to learn how to do hula. That just sounds so fun to me.”

Hargrave Pate, who is retiring from Chico State after the spring 2014 semester, has choreographed or directed about 50 shows within the span of her career, including the School of the Arts musical “The Music Man” last spring and “Creation Stories” this semester.

Before teaching, directing and choreographing at Chico State, she taught theater history and coordinated the fine arts at The College at Brockport: State University of New York, taught movement and acting, directed and danced at San Jose State and was in a professional mime and dance company in New York City.

Now, Hargrave Pate is at a place in her life where she wants to take a break from having 60-hour work weeks, she said. That doesn’t mean she’s giving up.

After she retires she could see herself dancing with her friend’s Christian dance company, teaching mime classes at her church or auditioning for a local theater company.

“I could see in a couple of months that I’ll kind of have itchy feet,” Hargrave Pate said. “I can’t see me not doing theater and not dancing, I can’t see it. But I would really like to do it in a different way.”

Hargrave Pate is looking forward to contributing more to Bidwell Presbyterian Church, where she is a deacon, she said. As a self-proclaimed movie addict and Matthew McConaughey fan, she will now have time to see movies at the theater instead of relying on Redbox.

Though Hargrave Pate has been to Russia, Scotland, London and Spain, she’s never been to Hawaii and only been to Mexico once, she said. She’s excited about traveling and visiting her parents and son in New York.

She also wants to explore Bidwell Park with her two Chihuahua mixes, Alice Anne and Rio.

“I’ve lived here for 28 years and I never get to spend much time at Bidwell Park,” Hargrave Pate said. “That’s going to be so much fun. Just grab the dogs and go.”

She will miss her students the most when she retires, she said.

She remembers a time during rehearsals for “Creation Stories” when the students were laughing at something she wasn’t familiar with, like Twitter, she said. She asked them what they were talking about and one of the actors, Louis Fuentes, put his arm around her and said it was so sad that she didn’t know.

Hargrave Pate is thankful to Chico State for giving her so many wonderful opportunities and great students and colleagues, she said.