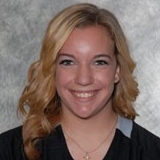 Emerson Keenan
The Chico State softball team’s offense came alive once again against Pace University, sweeping the doubleheader 7-3 and 9-1, while moving above .500 for the first time this season. Junior second basemen Kelli Keefe had four runs and four hits in both games. Junior shortstop Emily McEnaney hit a home run in the first game and had five RBI’s on the day. Both helped keep the Wildcats on a five-game win streak. Coach Angel Shamblin said she was happy the team was able to put up runs early and continue the momentum of the comeback victory from their last win. “Getting the runs early is what you have to do to win games.” Shamblin said. “It is also great to be above .500 for the first time this season.” In the first game, the Wildcats prevented a comeback in the top of the fourth by only giving up one run to keep the score 4-3 before scoring three more runs in the bottom half of the inning to seal the win. Senior pitcher Alex Molina received a no decision after leaving in the fourth inning of game one with Junior Cheyenne Sandoval getting the win with her 3.1 innings of work. In game two, Wildcats pitcher Brooke Langeloh gave up a run in the first inning but was lights out the rest of the game with a career high seven strikeouts for her third complete game victory of the season. “I was really just concentrating on hitting my spots and breathing before every pitch,” Langeloh said. “It’s really great to be in a groove after kind of struggling a little bit early this season.” The offense backed Langeloh up with 11 hits while scoring nine runs. Coming in as a pinch hitter in the sixth inning, freshman Briana Contreras hit a bloop RBI single to end the second leg of the doubleheader 9-1. The Wildcats record moves to 12-11 overall on the season and 8-8 in conference play. The team will continue play Friday with a four game series at San Francisco State with a doubleheader starting at 1 p.mChance Keenan can be reached at [email protected] or @chancelikelance on Twitter.
Delete Image
Align Left
Align Center
Align Right
Align Left
Align Center
Delete Heading