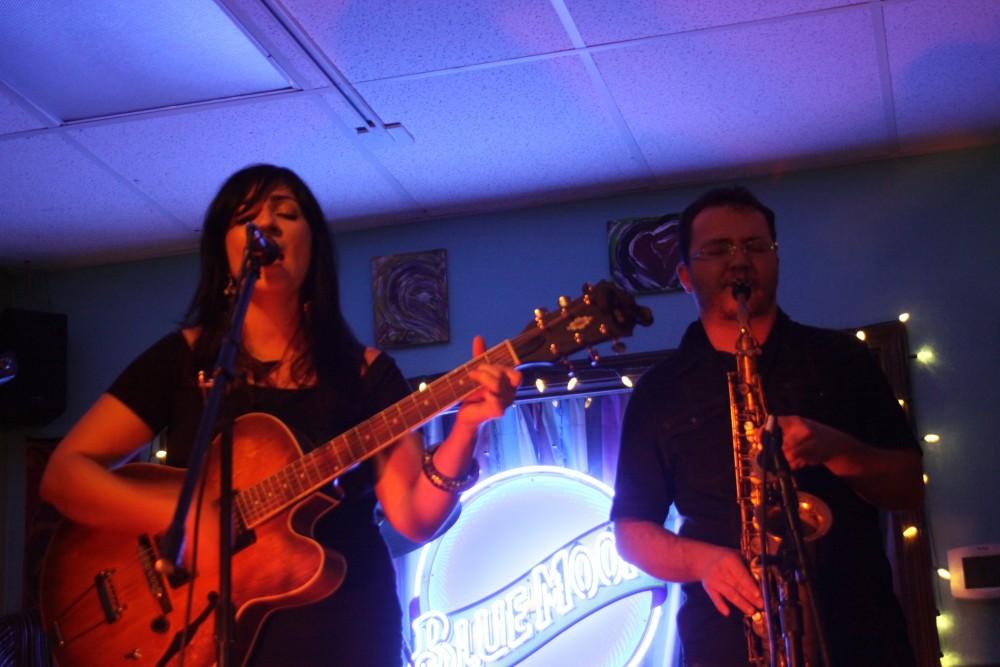 Sarah Scharf
For anyone wanting to expand their horizons and explore Chico’s music scene, Cafe Flo is the place to go.Local bands Ugly as Hell, Lisa Valentine and the Michelin Embers took the stage from 7 p.m. to 10 p.m. Friday. Ugly as Hell started the night off on a great note. Their sound could best be described as alternative rock, very reminiscent of the Black Keys, with some clear garage rock and blues influences. The band consists of Logan Dunn on lead vocals and
guitar, Travis Rieniets also on guitar, Chase Reno playing drums and
Chloe Merritt on bass. The band has only been together for about six months now, Dunn said. Despite that, the group had a very cohesive sound and played really well together. Each member draws on their own unique musical interests and influences, from metal to grunge to blues, and that all contributes to the band’s original sound, Reno said.Ugly as Hell has yet to record an album, but fans can follow their progress on YouTube and their Facebook page. The second artist to play was local singer-songwriter Lisa Valentine. Valentine was accompanied by a talented ensemble featuring saxophone, trumpet, drums, keyboard and guitar. She gave an energetic performance with powerful and soulful vocals backing a very blues and jazz influenced sound. Michelin Embers played last and ended the night with a really fun and unique set. Western Skiffle describes their sound, according to the Michelin Embers Facebook page. The four members play a unique variety of instruments including ukulele, lap steel guitar and the “gut bucket,” a string instrument that uses a metal washtub as a resonator. These instruments work together surprisingly well and the band members clearly have a great time making the music.The atmosphere at Cafe Flo was really fun. Although crowded, it’s a great place to meet people and chat with the local talent over some delicious food and drinks. The turnout was great too. The whole cafe was full of people of all ages having fun, some even spilling outside.“I really enjoy being able to provide live, original music in the Chico community,” said Mark Watts, Cafe Flo owner.Overall the event was great with a fun variety of Chico’s local musicians.Sarah Scharf can be reached at [email protected] or @theorion_news on Twitter.
Delete Image
Align Left
Align Center
Align Right
Align Left
Align Center
Delete Heading