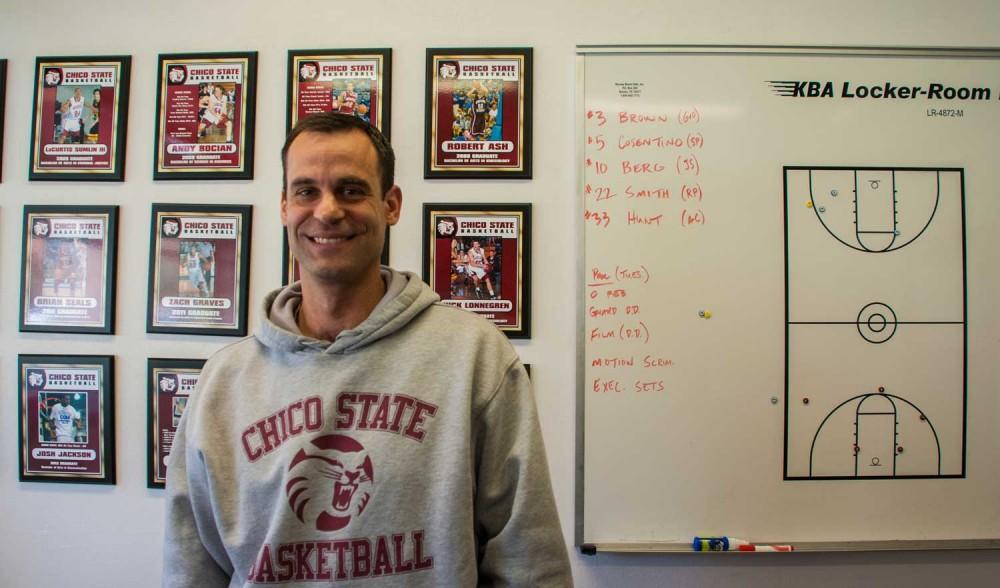 The 11th head coach in the 99-year history of Chico State men’s basketball became the first to win 100 games in his first six seasons.

He does not look at those 100 wins as anything special or as a goal he could have accomplished without the help of his staff and team, said head coach Greg Clink.

“I really feel like winning is just the byproduct of doing all the things the right way,” Clink said. “My assistant coaches throughout the years have done such a great job. The character of the players we’ve been able to recruit has been awesome.”

He is proud of what has been accomplished for the program but it is because of everyone’s efforts, Clink said.

Chris Cobb, his assistant coach of the past four seasons, heard great things about Clink through other coaches and players prior to coming to Chico State, he said.

“He is the best leader I’ve ever been around,” Cobb said. “The two most important things I’ve seen from a coaching perspective is how much he cares about his players and loves them. Also, how positive he is with our guys is something you don’t see too often from other coaches.”

Over the years, Cobb has learned what a great person Clink is and considers him a close friend, he said.

“He is a great role model, husband and father,” Cobb said. “He is a really good X’s and O’s coach but an even greater motivator.”

Clink grew up in Morgan Hill. He loved sports from a young age and knew he wanted to be a coach later on.

“I had a great childhood and was into athletics and sports,” he said. “I have always loved basketball, being a part of a team and competing. I knew once my basketball career ended I would want to still be a part of it, so coaching was automatic.”

Clink played for coach Puck Smith while attending Chico State. He graduated in 1994 with a bachelor’s degree in physical education and was Smith’s assistant coach for two years.

Clink left after two seasons and gained more coaching experience at other schools. He returned to Chico State in 2008 and became the head coach with the knowledge Smith taught him.

“He was not only the best coach that I ever played for but also a tremendous man,” Clink said. “I learned discipline and how to hold people accountable and be very organized. He was a really good motivator and business-like in his approach to the game.”

Clink makes junior forward Jordan Semple focus on things that are good about himself, including his jump shot, Semple said.

“He made me a really good rebounder and defensive player,” he said. “He made sure I was focused at all times and really understand the defensive schemes he wanted to do.”

Defense is what Clink prides his team on, Semple said. He’s a tough coach, but he is a great coach to have if you want to get better.

Clink won 100 games faster than any other coach and has led Chico State to its first Sweet 16 and Elite Eight in the NCAA Division II Championship Tournament this season.

He will attempt to lead his team to a Final Four but must defeat University of South Carolina Aiken in the Elite Eight March 26 in Evansville, Ind.