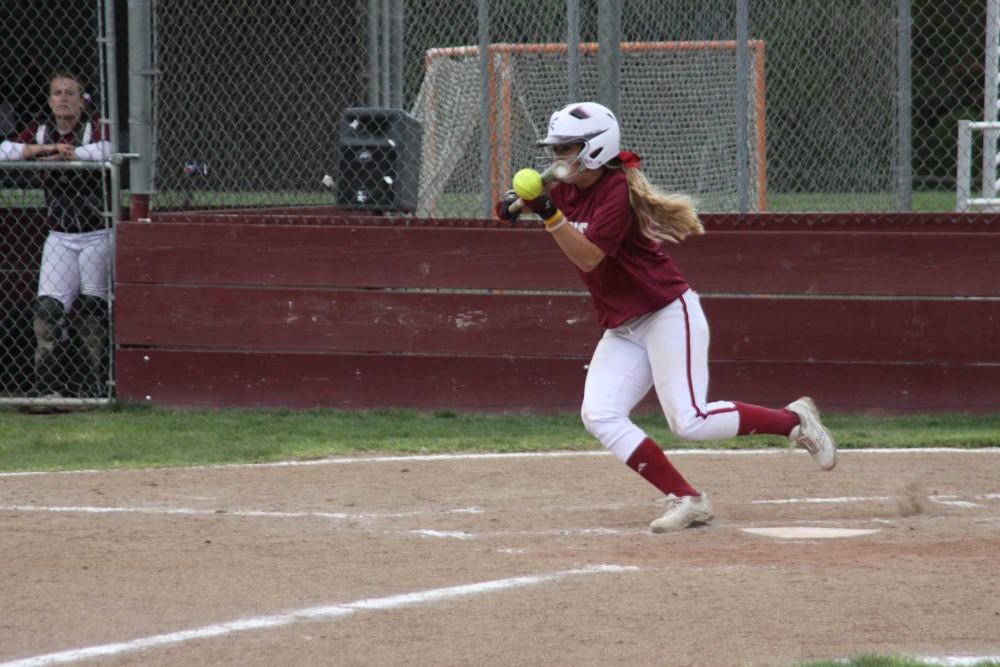 Emerson Keenan
Coming into this weekend, the Chico State softball team knew it was going to have to work. After being swept by the Cal State San Bernardino Coyotes team last season, which effectively ended the Wildcats playoff hopes, Chico State was happy to split the four game series. The Wildcats lost game one, 9-5 and won game two, 7-6. The defense and pitching side of the game hurt the Wildcats as it had seven errors and 11 walks on the day. “Too many walks and too many errors today,” coach Angel Shamblin said after the series. “We absolutely have to work on those things this week.” The first game started quickly for the Coyotes, as the team jumped to a 5-0 lead on starting pitcher Brooke Langeloh in the top of the second off of an error and three hits. The Wildcats got on the board in the bottom of the third with two runs coming off of an error by the Coyotes and a sacrifice fly by shortstop Emily McEnaney to bring the score to 7-2. Chico fought until the last inning, getting a run in the bottom half of the sixth and two more in the bottom of the seventh, only to have the comeback haulted, losing 9-5. McEnaney, who leads the team with 24 RBI’s on the year, had three on the day and is hitting .342 on the year. “It is a good thing we got the split, it was huge,” McEnaney said. “It keeps us in the mix for playoffs so it was really, really important for us to get some wins.”The second game had the Wildcats scoring one run in the first inning, two runs in the second, third and fourth innings to set the score at 7-0. The Coyotes had quite a comeback, bringing the game to within one in the last inning, before Langeloh shut the door and sealed the win, which was awarded to Alex Molina. The Wildcats continue play this week in the Tournament of Champions taking place at Cal State Stanislaus in Turlock. Chico State will be playing a variety of teams from around the country and will be looking to improve its chances for playoff seedings. Chance Keenan can be reached at [email protected] or @chancelikelance on twitter.
Delete Image
Align Left
Align Center
Align Right
Align Left
Align Center
Delete Heading