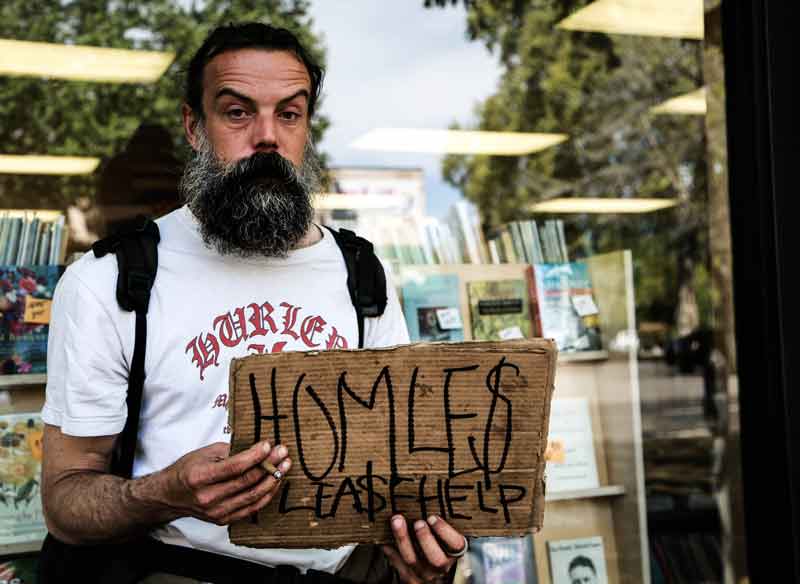 Katie Vaclavik, the owner of Katie’s Corner, was used to cleaning up urine and trash left by the homeless before opening her store each morning, she said.

Before changing store locations from Third and Main streets to the Chico Mall on East 20th Street, Katie’s Corner was often the resting place of a host of transients who would often scare away customers, Vaclavik said.

“People would walk on the other side of the street if the homeless were there,” she said. “That obviously affected my business because customers wouldn’t even walk by the window to see what I had.”

The transients downtown contributed to Vaclavik’s decision to move her store location, she said.

“I was on a corner, so I was in a really good spot for them,” she said. “Plus, I wasn’t as harsh with them as I could’ve been because I have a lot of compassion for them.”

Some homeless neglect the resources available to them and instead reside outside businesses, said Budd Schwab, president of the Downtown Chico Business Association and owner of Campus Bicycles.

The transient population downtown has received a lot of attention from a multitude of resources including the Jesus Center, Street Ambassadors and various shelters, he said.

The Torres Shelter has more than 120 beds that have never been completely full, said Brad Montgomery, the executive director of the shelter.

The Torres Shelter, like most shelters, does not allow pets, smoking or drinking.

The policy could prevent some homeless from seeking help, he said.

There have been talks of building a wet shelter so transients can drink there, Montgomery said.

“We are trying to break down the barriers, and that includes making a pet-friendly, wet shelter for transients,” he said.

The Internal Affairs Committee shut down a proposal in February to use firefighters to patrol downtown in order to address transient problems because of the lack of police, said Mark Orme, the assistant city manager.

The sit and lie ordinance passed in January prohibits people from sitting or lying on Chico sidewalks next to commercial property between the hours of 7 a.m. and 11 p.m. Those who are cited under the ordinance would be given a fine that increases with every violation the individual receives.

The ordinance has been ineffective due to lack of enforcement, Schwab said

The park would be an ideal location for transients, but it is neglected by them, Vaclavik said.

“The park is beautiful and I don’t understand why they don’t stay there,” she said.

The bathroom doors in the park are locked early in the day, which is one reason why the homeless may not stay there, she said.

“I think that if they didn’t close those bathrooms so early, those guys would go down there and use it,” Vaclavik said.

The Downtown Chico Business Association has an anti-panhandling campaign that tries to teach people to redirect their generosity, Schwab said.

The campaign encourages people to donate money to shelters to help the homeless rather than give money directly to transients, he said.

“You’re not helping the homeless by giving them money,” Schwab said. “You’re keeping them on the street.”