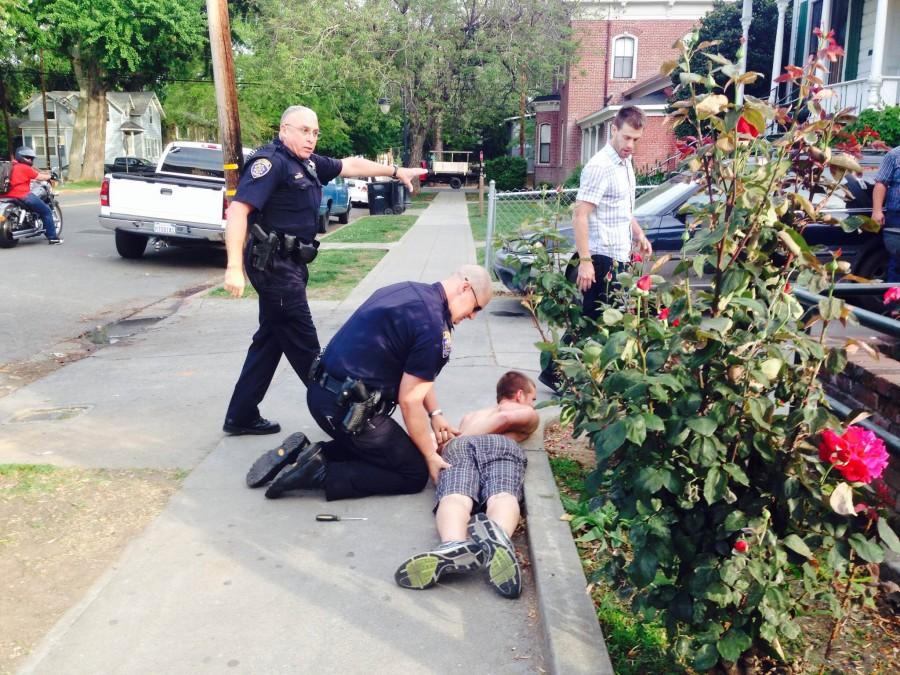 Officer Dale Glander detains a man who is accused of stealing a Chico State student's bike. Officer Marc Reed moves the student's boyfriend away from the scene where a foot chase had just ended. Photo credit: Ernesto Rivera

University Police detained and handcuffed a shirtless man on the 200 block of Ivy Street. He was accused by a Chico State student of stealing her bike.

Around 6:30 p.m. Monday, Jennifer Barker, a exercise physiology graduate student, was reporting her bike stolen at the University Police Department when she saw the unknown, shirtless man taking her bike for a stroll down Second Street.

Barker’s boyfriend Alex (last name not given) chased down the accused thief to the corner of Warner and Second streets where he knocked him off of her bike, she said.

Barker’s boyfriend continued to chase him down the 200 block of Warner Street when University Police officers Dale Glander and Marc Reed broke up the brawl. Glander handcuffed and detained the shirtless man.

“I’m glad I got my bike back,” Barker said. “I think bike thefts need to be reported more.”