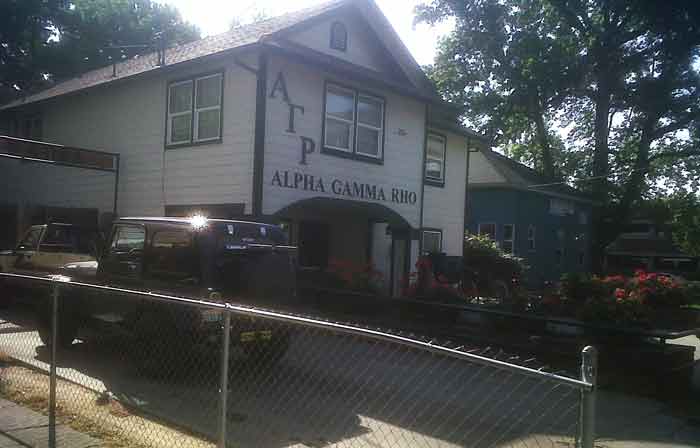 The subject fired one shot at the house from a white Cadillac with bull-horns on the hood. Photo credit: Nathan Lehmann

A drive-by shooting occurred early Saturday morning at the Alpha Gamma Rho fraternity house on the 200 block of Ivy Street.

The incident occurred at 2:25 a.m., according to a University Police Department call log.

A male subject fired one shot from a white Cadillac with bull horns fixed on the front, according to the call log. The bullet hit the house and the vehicle fled northbound on Ivy Street.

Chico Police requested assistance in the investigation from the University Police Department.

Law enforcement are still working on recovering the round that was fired at the scene, said Chico Police Lt. David Britt.

There may have been an altercation earlier in the evening relating to the shooting, he said.

The property was damaged by the shot. No was injured in the incident.

The suspect is still being searched for. Positively identifying the vehicle shouldn’t be difficult, Britt said.

Nathan Lehmmann can be reached at [email protected] or @theorion_news on Twitter.