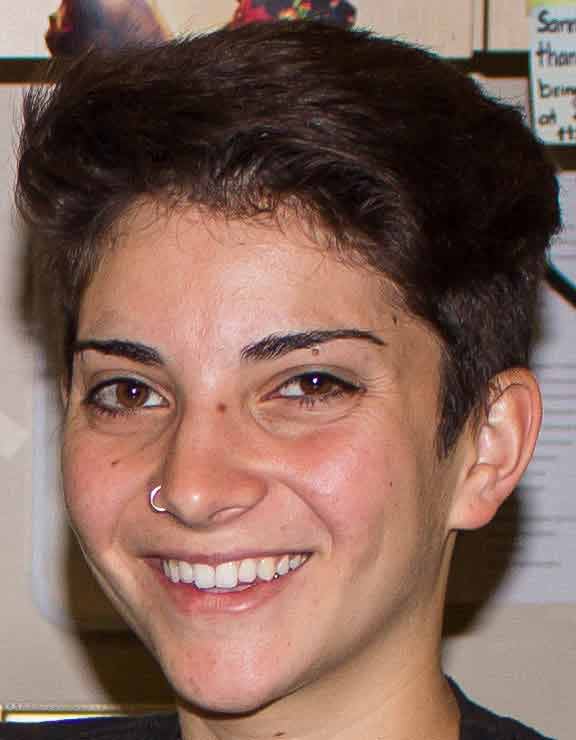 “You’re a fucking faggot,” were not the words Kory Masen wanted to hear on a walk through campus to meet up with friends.

Masen, a junior at Chico State who identifies himself as a transgender queer man of color, said he was walking through campus when he was the target of a hate crime.

A man and his friends grabbed Masen and would not let him go. They pushed Masen into a ditch and ruined his belongings.

“I ran as fast as I could to meet up with my friends,” he said. “It was a really scary moment.”

Chico is living 40 years in the past, said Paul Lopez, sociology and multicultural and gender studies professor.

“This is a very conservative town,” Lopez said. “There are a lot of traditional views about sex and gender roles.”

“I definitely have a lot of memories of walking downtown with friends and having people feel a lot of ownership over my body and my sexuality or my gender expression,” she said.

Kirk, who identifies herself as white, cisgender and queer, said that much of the discrimination is based on fear and ignorance.

“People feel very comfortable making comments and yelling at me saying, ‘Are you a lesbian? Are you a boy?’” she said. “It’s very hurtful.”

People discriminate against others because they are different from them, said Tray Robinson, director of the Office of Diversity and Inclusion.

“I think a lot of people haven’t had exposure to a lot of different types of communities and people,” he said. “So they have their stereotypes and assumptions about who people are.”

Masen, who was recently elected executive vice president of the Associated Students in April, has faced intolerance throughout his time at Chico State.

While he was running for office, a campaign sign was stolen and staked in the front yard of a house on West Second Street. The sign, a portrait of Masen, had female body parts drawn on it.

He was upset that no one did anything about it, Masen said.

“People see other people responding to a certain action and are afraid to step up and speak up,” he said.

One student was kicked out of Mr. Kopy on Main Street by the store’s former owner when she asked to put up an LGBTQ+ sign in the store window, said Vince Ornelas, the director of the School of Social Work.

“They find out your orientation is not heterosexual and they say, ‘Nope, we’re not doing business with you,’” Lopez said.

“We certainly encourage good business practices, but we don’t really have control over that,” Schwab said.

The incident occurred two years ago, which is surprising because of how recent it was, Ornelas said.

“There are always people who are very small-minded, and they will seek to act against persons who they believe are outside their perception of what is right and what is correct,” Ornelas said.

Becoming involved in organizations like Safe Space Allies, Stonewall Alliance Center and the GSEC is one way people can learn to be more accepting, Kirk said.

“One of the biggest ways for people to change their behavior is to get to know someone who is queer or trans,” Kirk said. “You will probably find out that we are pretty awesome.”

Discrimination comes from a lack of education, sensitivity and perspective from people who are not affected or aware that it is happening, Masen said.

“It’s up to the majority to educate themselves on the issues of the minority so you can actively be a part in solving that problem,” he said. “Then we can all be on an equal field.”