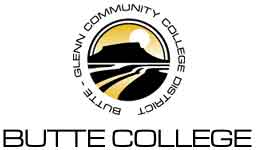 Butte College was among 55 schools included in a list of open investigations to be conducted by the U.S. Department of Education for sexual violence reporting policies. Photo courtesy of Butte College.

“We are making this list available in an effort to bring more transparency to our enforcement work and to foster better public awareness of civil rights,” Assistant Secretary for Civil Rights Catherine E. Lhamon at the U.S. Department of Education said in a statement for a press release.

An institution’s placement on the list does not mean that any violations of the law have been found, Lhamon said in the release.

One forcible sexual assault was reported on Butte College’s main campus in 2010, which involved rape and sexual assault with an object, according to campus crime statistics for the college. No other reports of sexual violence were listed.

Of the 55 schools listed, four are California institutions, including the Butte-Glenn Community College District, Occidental College, UC Berkeley and the University of Southern California.

The investigations supplement the goals of President Barack Obama’s White House Task Force to Protect Students from Sexual Assault, according to the release.

The Department of Education released updated guidelines on April 29 regarding the responsibilities of colleges, universities and schools receiving federal funds in addressing sexual violence and discrimination.

Nicholas Carr can be reached at [email protected] or @theorion_news on Twitter.