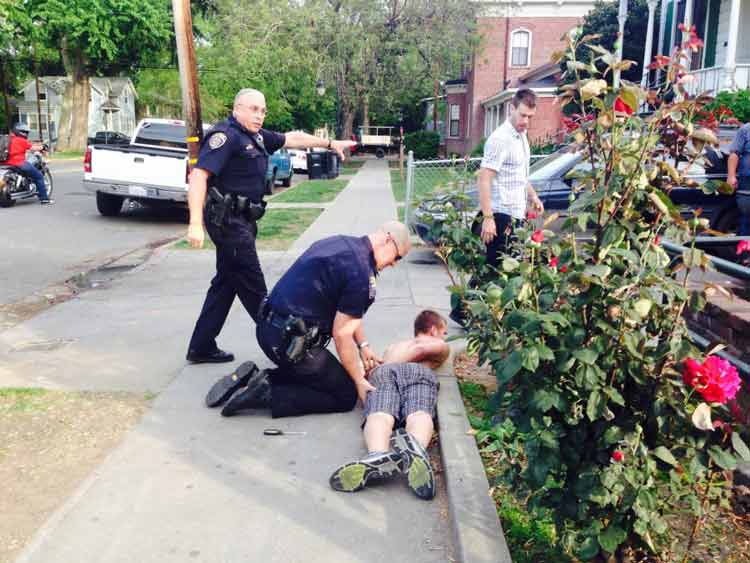 Butte County Jail is near capacity and it may be affecting the security of students’ belongings on university grounds.

University Police see an increase in arrests of people released from jail and awaiting a court appearance for theft on or near the campus this school year, said University Police Lt. Corinne Beck.

“I think that any time you have a jail overcrowding situation in which people who would normally be held longer are released to the streets earlier, it creates a public safety issue,” said Beck.

Bike and small electronics thefts are up this year, she said. Any theft of a possession under $950 in value is a misdemeanor crime, meaning that many bike and cell phone thefts are misdemeanors.

When a person is arrested for a misdemeanor like petty theft, the arresting officer has discretion on whether to give the suspect a ticket or drive them to Butte County Jail. University Police will usually send them to county jail.

Once they are processed at the jail, they are usually given a court date and released with a bus pass.

“It depends on what the crime is,” said Cpt. Andy Duch of the Butte County Sheriff’s Office. “If it’s a misdemeanor, obviously they get cited and released. I have very, very little room in my jail for anyone who’s a misdemeanor, especially pretrial.”

The jail ran at near capacity even before Assembly Bill 109, which led to some convicted criminals serving their sentence in county jails instead of in prison to reduce the financial burden on the state.

Because there is a limited amount of space, jail officials have to make judgment calls.

“With the overcrowding issues, we have a priority scale of who we keep for the sake of public safety,” Duch said. “And if someone doesn’t meet that level, sometimes we have to let them go. It doesn’t mean they’re not arrested, it just means that they’re not sitting in jail waiting for their court date.”

University Police have seen two cases this school year where they’ve had to arrest the same person twice in a single day, Beck said.

University Police officers caught a man trying to leave the campus with someone else’s bike while causing a disturbance that disrupted some students’ learning. The man was sent to Butte County Jail, but before the arresting officer was finished with the arrestee’s paperwork, the same man was reported for looking into peoples’ car windows and arrested for being on campus.

Someone accused of petty theft may not be a violent criminal, but it may still a public safety concern for the campus.

Even a single bike or cell phone theft can be devastating to a student, Beck said.

“To many students, it doesn’t feel like a petty theft to them,” she said. “For some of these students, that bike may be their only source of transportation, or their phone might be their only contact they have with their family.”

With issues like this, University Police are keeping their eyes open for familiar faces and places where crimes tend to occur, as well as informing students of ways to keep their property safe.

“We’re trying to be that much more vigilant,” Beck said.