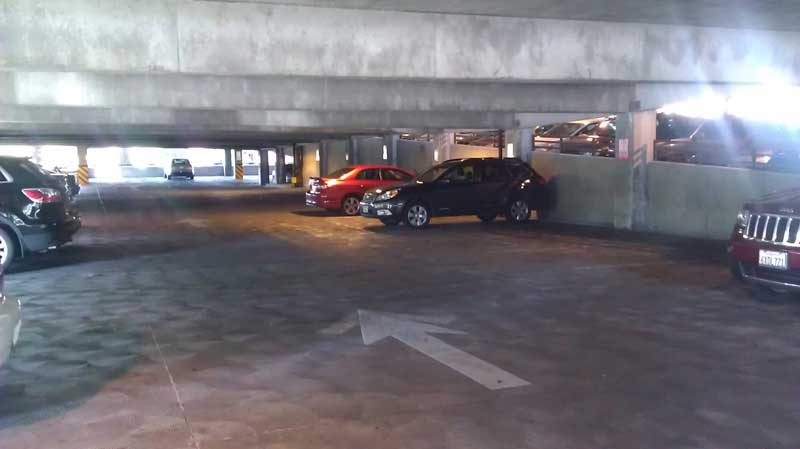 The south side of of the parking structure at 8:30 a.m. April 28 on Second and Ivy streets. In a two-week survey of vacant R-2 parking spaces, this area was consecutively empty. Photo credit: Enrique Raymundo

While students struggle to find parking in the morning, over half of the parking spaces reserved for faculty and staff are often unused in the parking structure next to the Wildcat Recreation Center.

For the past two weeks, empty parking spaces that are only available to faculty and staff with an R-2 parking permit were surveyed by The Orion in the structure on Second and Ivy Streets next to the Wildcat Recreation Center.

An average of of 77 R-2 parking spaces were vacant on the first floor between the hours of 8-11 a.m., Monday through Friday.

Things didn’t change much in the afternoon, with an average of 70 open parking spaces every day starting at 2 p.m.

The first floor contains 140 R-2 spaces, according to a floor plan.

The highest number of vacant spaces during the survey was Monday of the second week at 8:15 a.m., when there were 96 spaces unused, or 70 percent of the total R-2 spaces.

The lowest number of empty spaces at any time during the survey was 65, which is 47 percent of the total R-2 spaces.