Wildcat Store could be outsourced 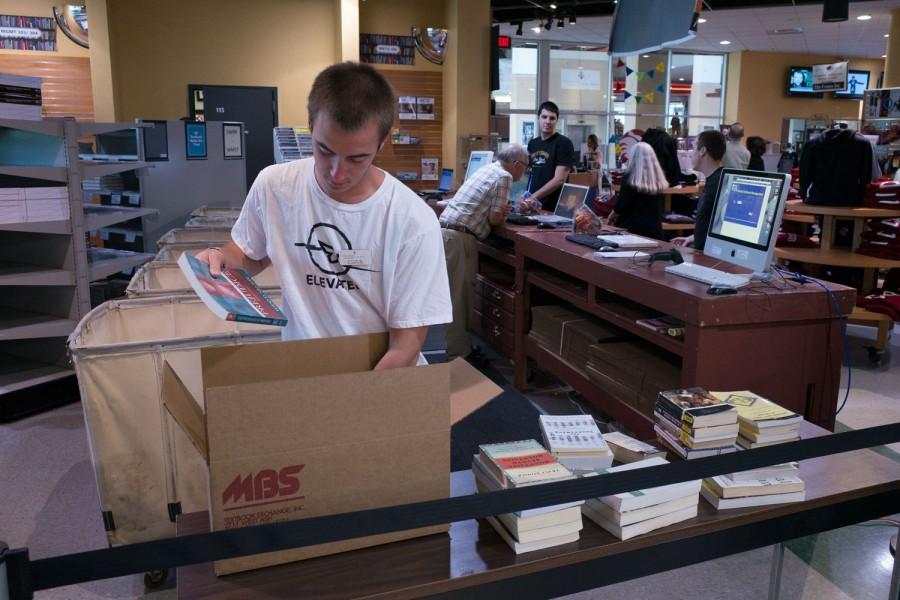 The Associated Students may be signing away the Chico State Wildcat Store to Follett, a private textbook corporation based in Illinois.

The A.S. board of directors approved to lease the Wildcat Store Monday at a special meeting. If the contract with the corporation is signed, the store will begin its transition to new management July 1.

Follet will enter a 5-year lease, the company will not rename the store and will give the A.S. a commission based on sales.

The move comes after the Wildcat Store has suffered years of financial losses.

“We’ve known about declining bookstores for a long time,” said Jacob Arbogast, A.S. vice president for business and finance. “We’ve some issues with our inventory.”

If the A.S. had not decided to lease the Wildcat Store, it would have budgeted a loss of $130,000 throughout the next two years, said David Buckley, executive director of the A.S. Outsourcing the store means the A.S. would not have to subsidize the store with a student-based fee, increase prices of AS food services or dip into its reserves to keep it financially stable.

Keeping the store under A.S. management was a decision members of the board considered.

“We don’t have something that we feel confident that we can invest into that can keep the store sustainable and whole,” said Taylor Herren, A.S. president.

Follet’s sales pitches to the A.S. included investment in digital technology including integration with Blackboard and digital course materials.

A concern with turning over management to Follett was the loss of buying power by local management such as the store director. Employees and the A.S. board of directors said they wanted to keep local Chico products like Klean Kanteen, ChicoBag products and University Farm products.

Rob Meyers, director of the Wildcat Store, was previously the assistant director of the Arizona State University bookstore when the store was outsourced to Follett. Meyers said during his time with ASU, the store struggled to get local products.

“I think if you do go with Follett and you do want to keep Klean Kanteen and Chicobag and all that, put it in the contract because at Arizona State we never got anything local that we wanted,” he said. “It never happened.”

A concern from current Wildcat Store employees was employee retention. Follet claimed that it would keep current full-time employees at their current pay and their benefits would transfer. Representatives of the company also said hiring students was an important part of their business model.

Follet promised a more robust inventory, something the Wildcat Store struggled with. The corporation claims it can quickly move books from its stores at 11 other CSU campuses to Chico State if professors and students requested them.

“They have an infrastructure built that If you go in and order your books before your classes start no matter what that book will be made available, including used or rental,” Herren said. “That really appealed to me because that’s a challenge that we can’t overcome as the Wildcat Store.”

Meyers said he didn’t see that kind of technological advancement when he was at ASU.

“I hear a lot of how their technology has just blown everyone away,” he said. “We went backwards in technology when we were at ASU when Follet came in.”

Meyers said while he hears good things it isn’t as promising as the company claims it to be.

“I have several friends, not only at ASU but throughout the Follet world, that just last week told me that, as hard as it is to believe, that ordering from different stores actually got worse,” he said. “That is hard to believe because it was a total disaster when I was down there.”