Q&A: Student releases first EP ‘Not Getting Over It’ 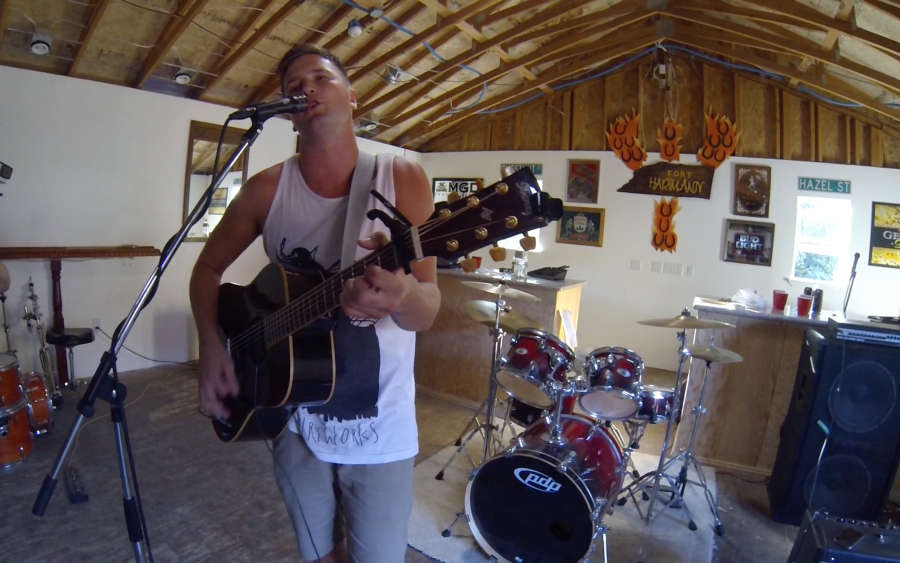 The Orion caught up with him before his set about how he started writing music, his punk inspirations and the muses of some of his newly released songs.

The Orion: How long have you been a musician?

Sievers: I’ve been a musician and writing music since I was 11. I got started when my parents bought me a Yamaha acoustic guitar on my 11th birthday.

The Orion: Which musicians have inspired you?

Sievers: NOFX [is one]. I come from a really big punk background, so you can kind of hear that in anything I do. Then past that, just a lot of acoustic artists. Specifically, Front Porch Step was the single biggest influence on this album. And then emo bands from the ’90s: Modern Baseball and American Football and stuff like that.

The Orion: You worked with friend Adam Morton on this release?

Sievers: Adam Morton is a kid I met in high school [in Apple Valley, California]. We were in marching band together. Adam and I always had an interesting, natural chemistry when it comes to creating music. He was my drummer for about four years in a band I played in back then. I just kind of called him up. He had just gotten out of [Los Angeles Recording School]. He had built a studio in his house, asked if I was doing anything. I said yeah and we spent all summer collab-ing from there.

The Orion: Who are you singing about in the song “Not Getting Over It”?

Sievers: It is a song I wrote last semester about a girl that I was head over heels in love with and she’ll never feel the same way. So it was kind of my song accepting that’s just the way things have to be. It was my way of getting over her, getting past it.

The Orion: Does she know about the EP?

The Orion: Is “Man You Wanted” about the same girl?

Sievers: No, it is about my ex-girlfriend who I was in high school with. She was going around behind my back, sleeping with my best friend. That song didn’t come out as mad as I wanted it to, but a couple years later, now that I’ve kind of let go of it, I really like how it ended up ’cause it’s more of an apology.

The Orion: What inspired “Vancouver, Eh”?

Sievers: Last year was the first time my friends and I went, and it was this trip that we just kept putting off. I wrote this song shortly after we got back, and the first verse is like, we’re not all in the same place anymore. We’re all separated, but we’re still always going to be there for each other. The second verse I wrote the first time one of my friends was deployed to Africa to help find Joseph Kony. He Skyped me the first night and said he was fired at. I wrote it for my friends to let them know how much they mean to me.

The Orion: What’s next for you?

Sievers: I’m looking around right now for new shows. I’ll be doing Chico Unplugged for sure, and I’m going to see if there’s still a spot open for nooners [noon performances on campus, hosted by A.S. Productions].