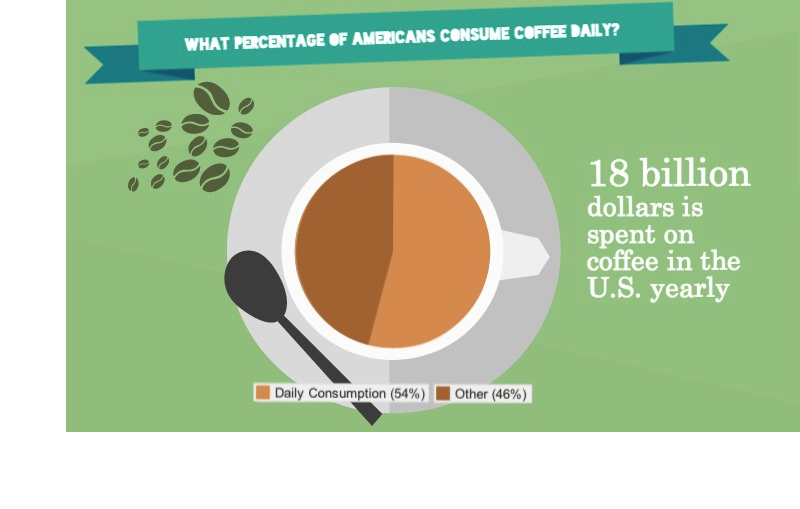 Every school year comes with the same routine: long hours of studying, a lack of sleep and high consumptions of caffeine. Whether you prefer coffee, energy drinks, soda or tea to help with a long school day, too much caffeine intake can cause some serious problems.

According to Symptom Find, there are 10 possible side effects from consuming too much caffeine. These include rapid heart rate, difficulty sleeping, frequent urination, nausea, headaches, anxiety, muscle tremors, decreased bone mass density and breast lumps.

For some students, caffeine intake could include a cup of coffee in the morning or maybe an energy drink for that extra energy boost to get through a long day of classes.

400 milligrams appears to be a safe amount for most healthy adults, according to Mayo Clinic.

According to Statistic Brain, 54 percent of Americans over the age of 18 drink coffee daily. Caffeine not only hurts the body but it also damages the bank account, with American consumers spending $18 billion on coffee annually.

For those who think they have consumed too much caffeine, there are five signs according to Prevention. These signs include hitting an afternoon slump, urinating orange, having trouble sleeping, anxiety and heartburn.

Cutting back on caffeine may be hard for some, but there are better ways to obtain energy without consuming too much caffeine. Some easy steps to obtain more energy are getting more sleep at night, exercising and eating more protein-packed snacks.

“When caffeine is consumed to enhance awareness, I would recommend replacing the caffeine with plenty of sleep and aerobic activity,” Holland said. “Additionally, maintaining hydration (8 cups of fluid a day) can help. I would avoid alcohol intake, since alcohol leads to dehydration.”

For those who want to quit caffeine altogether, there are two ways to do so, according to Caffeine Informer. One way is the cold turkey method- quitting caffeine in one fell swoop.

The second method is the weaning method. This means that one slowly breaks away from caffeine. This method will take longer, but it is not as drastic as the cold turkey method.

“Caffeine sensitivity can vary among individuals,” Holland said. “For those who consume large amounts of caffeine regularly, the stimulatory effects may be less pronounced. I recommend reducing caffeine intake slowly to avoid withdrawal symptoms.”

Caffeine may have its perks, but in the long run. it will only take a toll on the body.

Taylor Sinclair can be reached at [email protected] or @TaySinclair17 on Twitter.