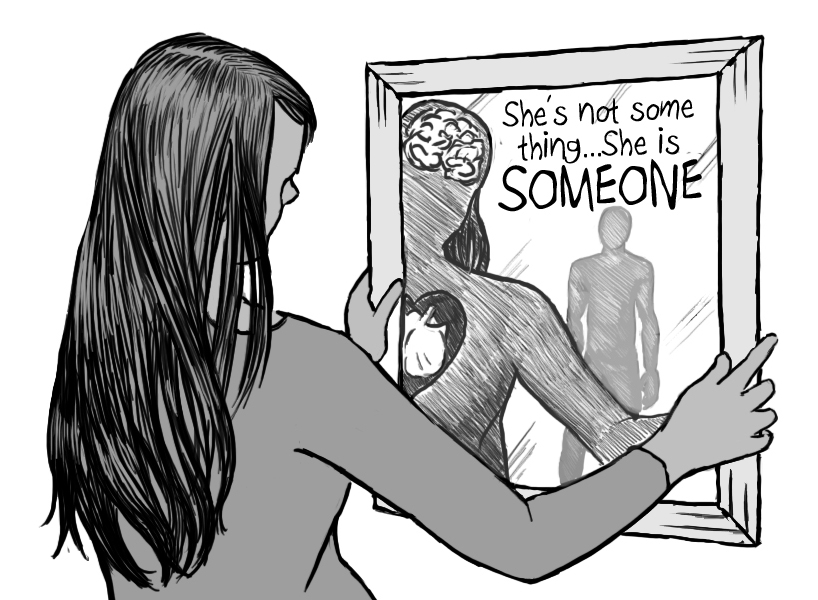 If there’s one thing in the world I can’t stand, it has to be a catcall.

As a young female college student living in Chico, it’s become apparent that the only time it’s safe to walk through town is with a large group or accompanied by a male.

It’s outrageous to think women can’t even walk down the street to Safeway without getting verbally harassed or simply honked at. Even at parties, I find myself having to stay close to my boyfriend just so guys don’t feel the right to grab or dance with me.

I believe this sense of entitlement comes from a male’s inability to accept getting rejected.

There have been multiple occasions where I’ve witnessed a girl get called a slut or whore if she denied a guy. At that point, I think the only way a guy will make up for his loss is if he values himself more than the opposite sex. This usually means that a girl will be considered too stuck up for not wanting to accept his offer.

The only person responsible for making a male’s life enjoyable is that man himself.

Whether it is a gun control issue or a spoiled, entitled kid, women shouldn’t face the threat of violent acts if they choose to deny a guy. It shouldn’t go as far as having to shoot up a school for men to realize women should be treated with the dignity and respect they deserve.