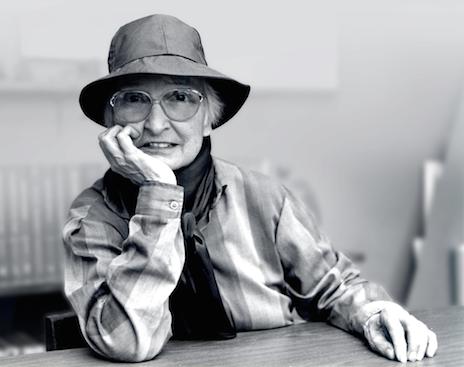 Janet Turner was a world-renowned printmaker and professor at Chico State who would have turned 100 years old this year. Turner’s collection at the Janet Turner Print Gallery currently contains more than 3,500 prints. Photo courtesy of Barbara Edmonson.

From 1959 to 1981, students at Chico State who took printmaking in Room 205 of Taylor Hall were exposed to prints by artists like Salvador Dali, Pablo Picasso and David Hockney, and not just projected on a big white screen, but within arms reach.

Janet Turner, their teacher and world-renowned printmaker, made this possible.

This year marks what would have been her 100th birthday. Although Turner is no longer alive, her collection and legacy continue to thrive at the Janet Turner Print Gallery, across from Meriam Library.

“She collected the prints so her students wouldn’t have to go to Los Angeles, New York and Paris to see the latest in printmaking, and all of this at her expense,” said Michael Halldorson, a printmaker and former student of Turner’s.

Turner’s collection now contains more than 3,500 prints, featuring hundreds of different artists from more than 40 countries around the world.

Printmaking is a unique art form and can be accomplished by numerous techniques. What sets every print apart is its originality — each one is an original impression of an intricate design that can never be exactly replicated.

Halldorson was on the first committee in 1981 to keep the collection in Chico.

“We were tasked with getting $300,000 to keep the collection here in Chico,” he said. “Portland, Oregon desperately wanted it up there. With the help of some major donors, we were able to keep it here in Chico.”

The Janet Turner Print Gallery was first located in Laxson Auditorium when it opened in 1981. It moved to its current location, across from Meriam Library, in 2009. The gallery will be moved again to the northeast corner of Taylor Hall once the building is complete.

Halldorson said Turner had specific requirements for keeping and maintaining her collection:

It had to be in a climate-controlled space.
There had to be a certain number of print shows a year.
Her prints could be used as teaching tools.

In addition to a piece by Halldorson, President Paul Zingg has his own print collection that includes around 40 limited-edition prints hand-drawn by the artists. It’s no surprise that his collection includes a Turner print, too.

“The Turner collection of the university is truly extraordinary,” Zingg said. “Not just a celebration of Janet Turner’s work, but one of the most impressive print collections in the country for the size and breadth of its holdings. The new gallery for this collection in the new arts and humanities building will be a fitting home for this treasure.”

Paula Busch, a local printmaker and painter on the Janet Turner Print Gallery board, took printmaking and the history of printmaking from Turner in 1972 when she attended Chico State for graduate school.

“Janet was my first female art instructor since junior high,” Busch said. “She encouraged me to go on and be an artist.”

Halldorson took printmaking with Turner in the fall of 1963 and again in the spring of ’67, where he developed a love for the etching process. He became Turner’s teaching assistant in 1970. He is still very much involved with printmaking at Chico State and continues to make prints of his own.

“Janet was so helpful with techniques,” he said. “She and I used to sit up in Taylor (Hall) at night working on our prints and we would talk about campus politics. Janet had so much knowledge to impart to her students.”

Turner had a funny little sense of humor, often putting out zingers and waiting for reactions from them, Halldorson said. But she also let students find their passions.

“Janet enriched my life so much and I get so much joy out of donating to nonprofits because Janet did it first,” Halldorson said.

The current exhibit, “Inhabitable: The Sense of City,” is a collaboration between the gallery’s curator, Catherine Sullivan, and professor Laura Nice, a co-curator and lecturer in the comparative religion and humanities department. The exhibit is open until Sept. 20.

Turner through the years.