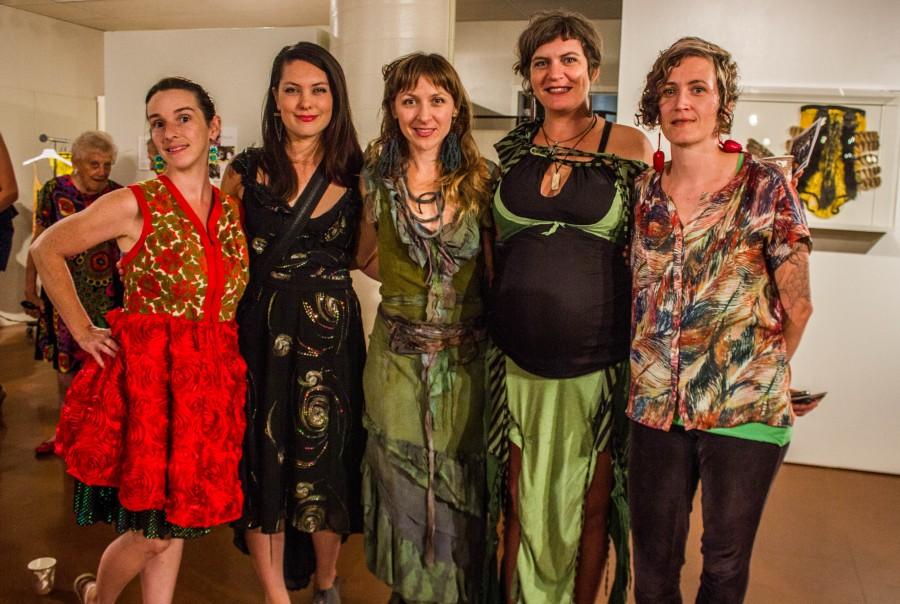 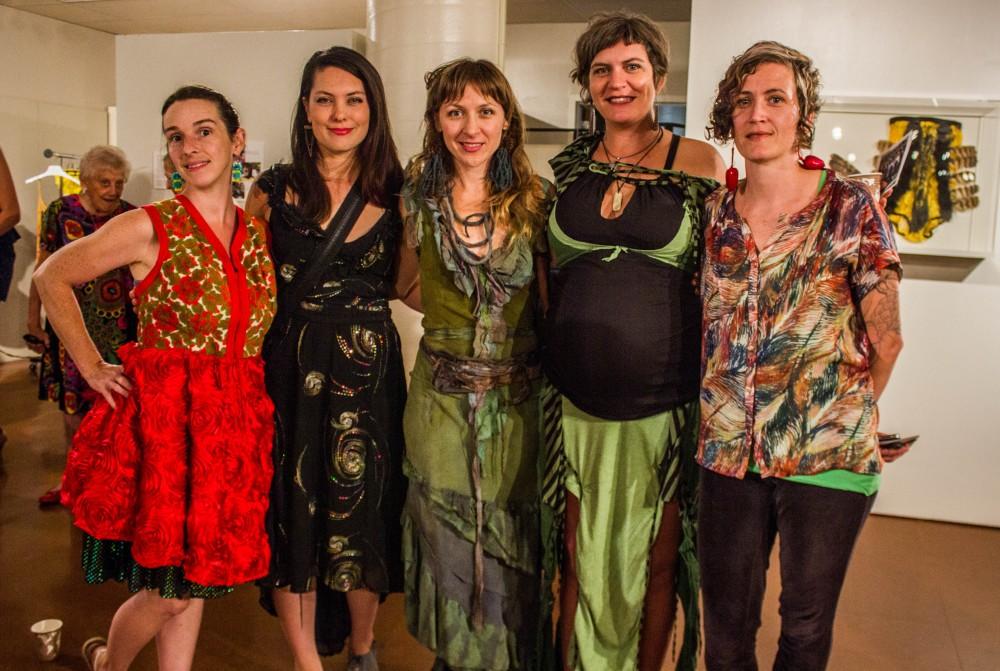 Baby bottle nipples cover a strapless bra splattered with orange paint. The accompanying skirt is made from slides that once belonged to the designer’s grandfather.

The creator of this inventive outfit, featured at the exhibit “Material Culture: Wearing the Art of Chikoko,” is Sara Rose Bonetti, just one of five members of local fashion collective Chikoko.

Pieces from several Chikoko collections are featured in this free exhibit, curated by two students, until Oct. 11 at the Valene L. Smith Museum of Anthropology, across from Meriam Library. The exhibit is open 11 a.m. to 3 p.m. Tuesday through Saturday.

“All their shows are big fun,” Bonetti’s mother, Glynda-Lee Hoffman, said. “Every one of their shows has street wear and costumey, out-there, edgy stuff.” 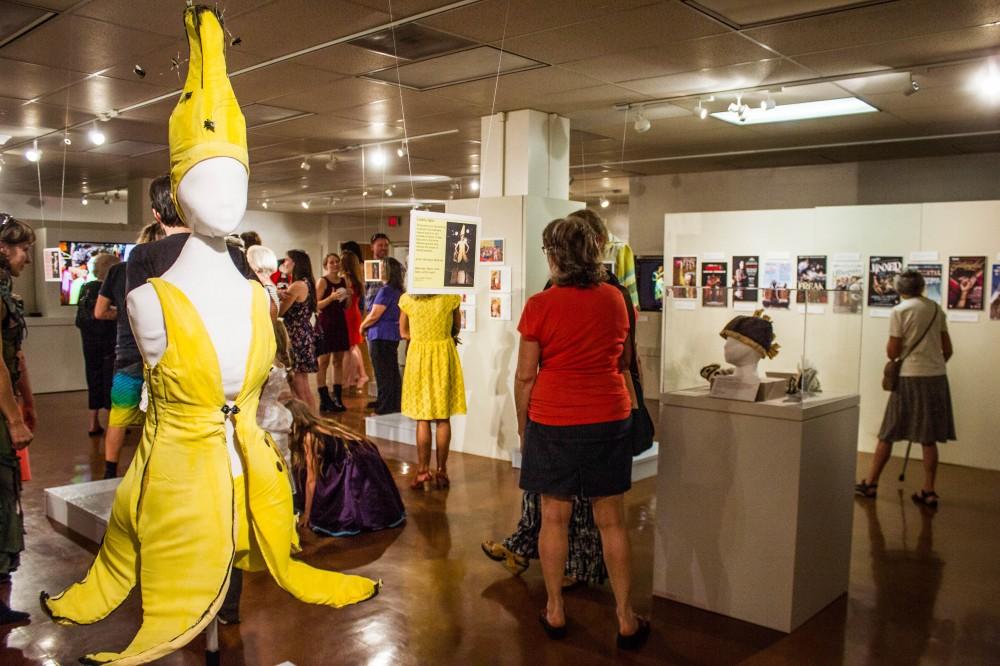 The other four members of Chikoko are Nel Adams, Muir Hughes, Michalyn Renwick and Christina Seashore. The business was formed in 2005 and has put on numerous fashion-based performances since.

“We all bring out our own aesthetics in the mix,” Hughes said.

At the exhibit, playing cards sewn together form a strapless bodice attached to a stiff, wavy circle skirt designed by Renwick, who has a special talent for crafting bustiers. 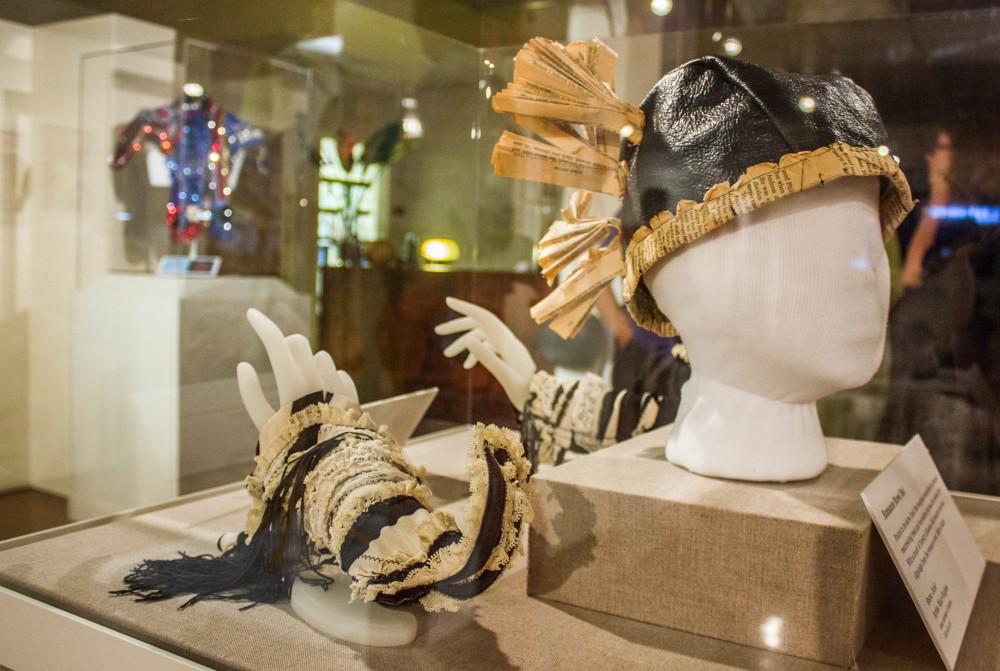 Newspaper folded like fans extends from a leather cap designed by Muir Hughes, while a white-faced clown with a red nose smiles from a black kite hanging on the wall.

This decor is reminiscent of Bonetti and Adams’ time spent working for Circus Plexus in 2000.

Adams said spending a summer in the circus was a transformation for her. It made her realize that art will go where you take it.

“It made me believe I could do stuff like this,” Bonetti added.

Chico resident Julie McCollough said before she moved to Chico she flew out twice from Virginia to see Chikoko events.

“Everybody should experience Chikoko,” she said. “It’s nothing like anything you’ve ever seen before.”

Chikoko’s newest collection, “Neotropolis,” is based on different perspectives of urban life and city growth. The event will take place on Oct. 11 at the Silver Dollar Fairgrounds. Tickets are on sale at The Bookstore for $20, and $25 tickets will be sold at the door.

Chikoko always uses models of all shapes, sizes, ethnicities and genders in its shows. Anyone 21 or older can audition for “Neotropolis” at 11 a.m Sept. 21 at Chico Women’s Club. 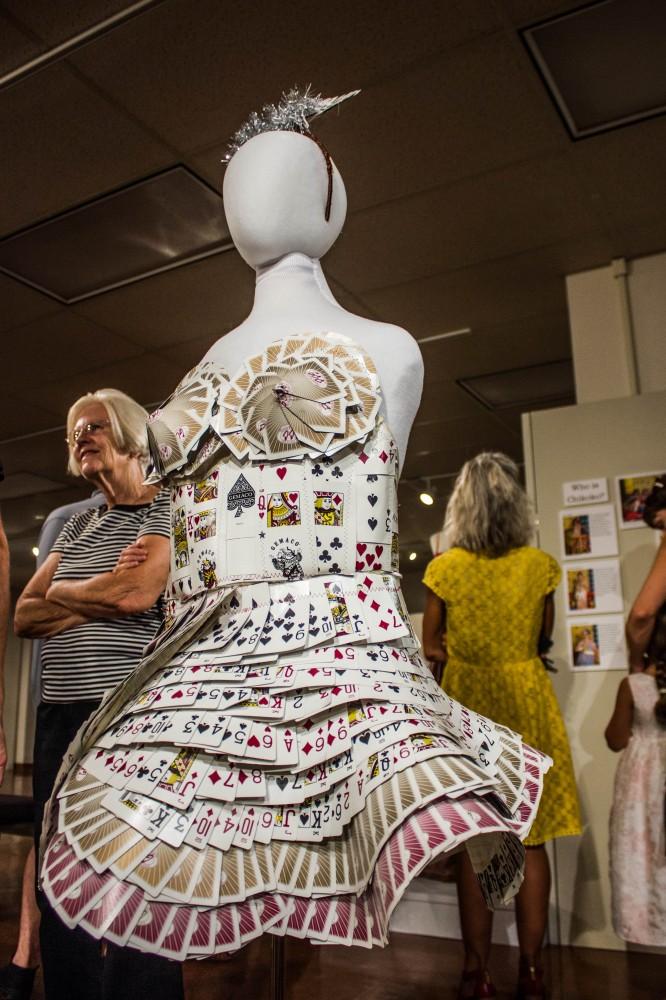