Humans of Chico State: Students reflect on their childhoods 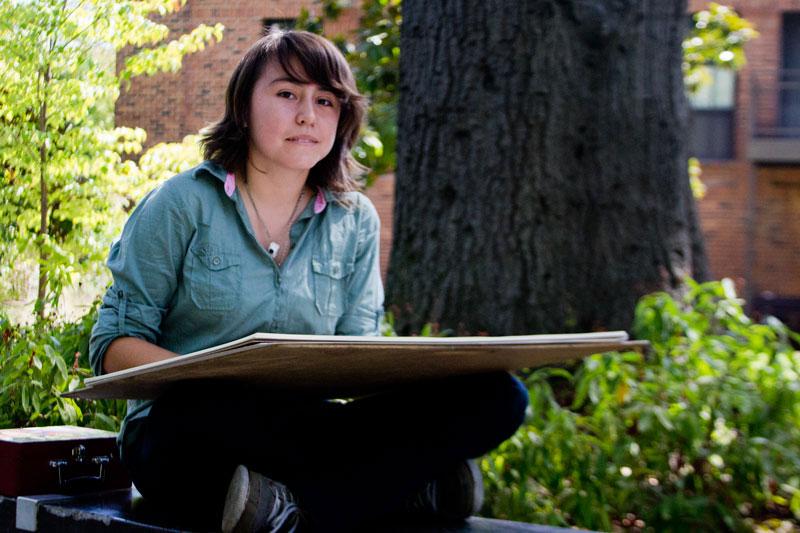 “My main goal was to be a veterinarian and one day my friend saw me drawing and said, ‘You’re more of an art major than a veterinarian,’ and I kind of thought, ‘Yeah, I like that.’ My parents didn’t like it … eventually they accepted it.”

What do you think made them change their mind?

“I told them I was going to do graphic design and showed them what I did on a computer and I sold my art and little by little they changed their mind.”

“I had a rough childhood but I was always happy.”

What made it so rough?

“I had a loving mother and I was the first child so I was spoiled. I have to say I was given a lot of leeway being the first kid and being loved by my family. I was always encouraged to do whatever I wanted.”

What was the best thing your mother ever taught you?

“To treat everyone with kindness and not take anything personally. I was always very wild and vibrant and I always got bullied and told to calm down. My mother just told me to shine and beat through all criticism and judgment. My mother didn’t lie to me. She told me, ‘We live in a judgmental world.'”

“I lived in Puerto Rico and I really enjoyed running around through the forests. There was no houses around us except for up the street so we were able to explore everywhere and do our own thing.”

What do you miss the most about Puerto Rico?

“The beaches there were really nice. I don’t miss the crime. There was a lot of crime there. It was getting pretty bad, that’s one of the reasons my parents decided to move us here. I think it’s just getting worse and worse.”

“I didn’t have many electronics. I was always outdoors running and playing and my cousins now – 2-year-olds, 3-year-olds, 4-year-olds – they’re inside playing on iPhones and iPads. I’m just like, ‘This is horrible.'”