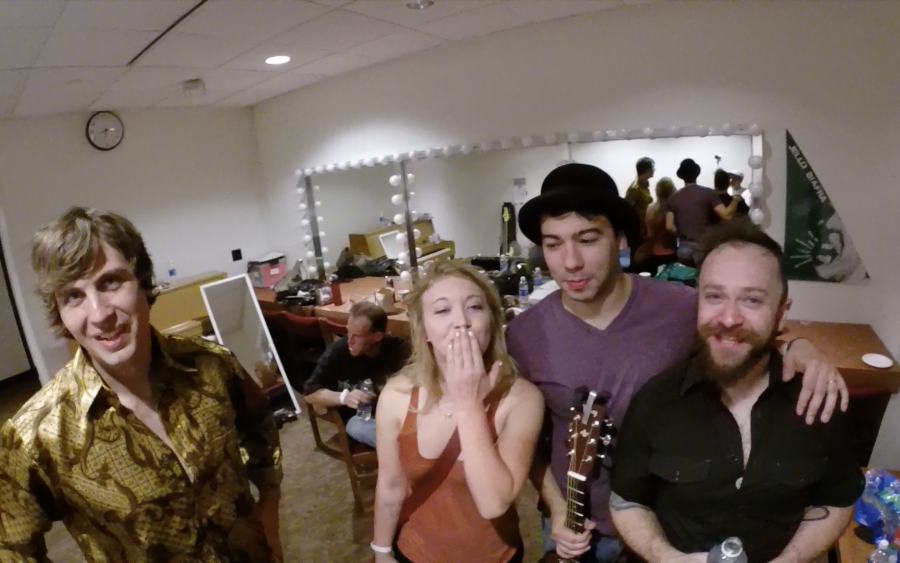 The LoLos’ guitarist Ben Colbeck pulls off his shirt as the band walks briskly down the sidewalk of West 3rd Street after a Chico BandSwap performance in the City Plaza. If he wants to change before the band’s next show, he’ll have to do it now.

A few party-goers chant “LoLos” as the band rushes by. A few minutes later, Colbeck is climbing over the rails around the Bell Memorial Union to make it to The LoLos’ second performance of the night, “Led Zeppelin IV,” the A.S. Productions and Uncle Dad’s Art Collective tribute show.

The Orion was there every step of the way for the band’s whirlwind night of back-to-back performances.

6:15 p.m.: The LoLos’ front man Matthew Heyden is doing sound check at the BandSwap performance in the City Plaza as if he’s about to perform to a sold-out crowd at Madison Square Garden. He has a raspy, soulful voice similar to Bruce Springsteen’s and has no problem projecting.

“We had to quit smoking together,” Heyden said, referring to Colbeck and himself.

6:30 p.m.: Colbeck says The LoLos kind of “stuck their finger in too many pies” by booking shows back-to-back. When the BandSwap performance ends at 7:45 p.m., the band will rush to get to the BMU Auditorium by 8 p.m. for “Led Zeppelin IV.”

7 p.m.: Drummer McKenzie Warner delivers several swift punches to Colbeck’s stomach to get hyped for the night’s first show. It’s evident the crew of rockers is playful and close.

7:40 p.m.: When the show ends, Heyden tells the audience to buy merchandise quickly and the band hustles to gather its instruments. They have twenty minutes to get to the BMU Auditorium.

7:45 p.m.: After stopping for a couple photos with fans, Heyden runs across the street from the plaza with no hesitation and loads equipment into the band’s truck. His band mates follow suit when the street is clear.

7:50 p.m.: The LoLos leave the truck and take off on foot toward the BMU, instruments in hand. The truck is too full to carry the band, merchandise and equipment.

Warner is carrying a blue bag and a tambourine. She says she’s dripping with sweat and sprays herself with a fresh-scented liquid. Heyden takes a few gulps of water and calls Joshua Hegg, the managing director of Uncle Dad’s Art Collective, to find out exactly where the band needs to arrive.

7:52 p.m.: As The LoLos approach Salem and 3rd Street, a driver in an oncoming car sees the musicians hustling with instruments in hand and stops to let them pass. Heyden joking sticks his palm out toward the car.

“It’s okay, we’re important,” he says as the others sprint across the road.

7:54 p.m.: Colbeck quickly changes into a different shirt while Heyden holds his guitar. As the band passes a house party, everyone starts hollering and a few shout “LoLos.” The band keeps trucking along.

7:56 p.m.: The band’s brisk pace slows as it approaches Chico State. Colbeck says “The Battle of Evermore,” the band’s song for “Led Zeppelin IV,” may be the most difficult song on the album for a four-piece rock band to cover.

“The original was recorded on a mandolin and a twelve-string and it’s a duet,” he says.

7:58 p.m.: Colbeck and Warner march down second street and chant “no sleep ’til famous” as Heyden leads the way to the BMU. 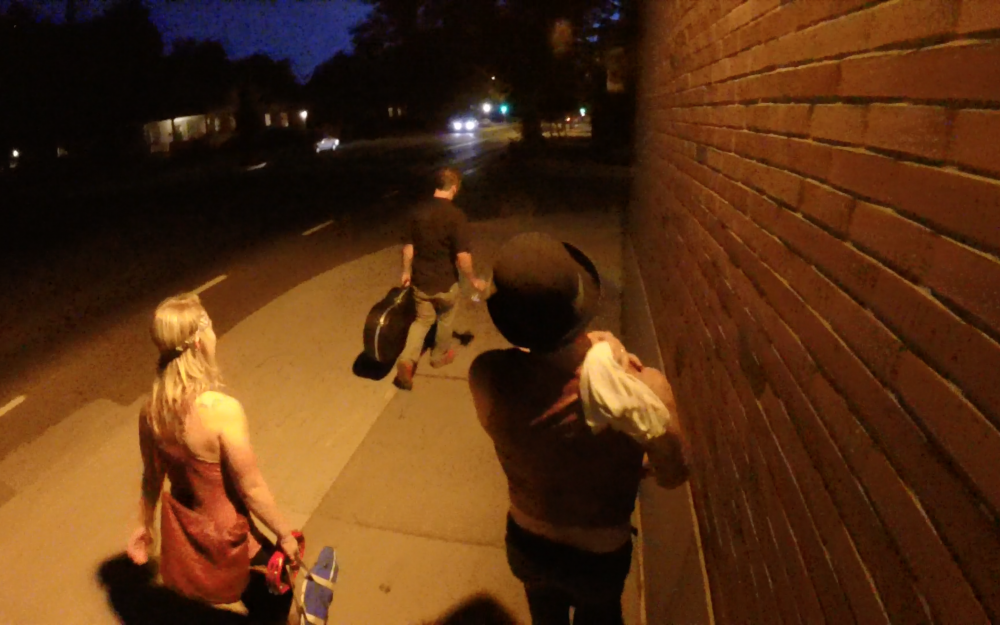 7:59 p.m.: Heyden spots a door to the BMU as they come around the side of the building. Colbeck climbs over two sets of railing and holds the door open for everyone. 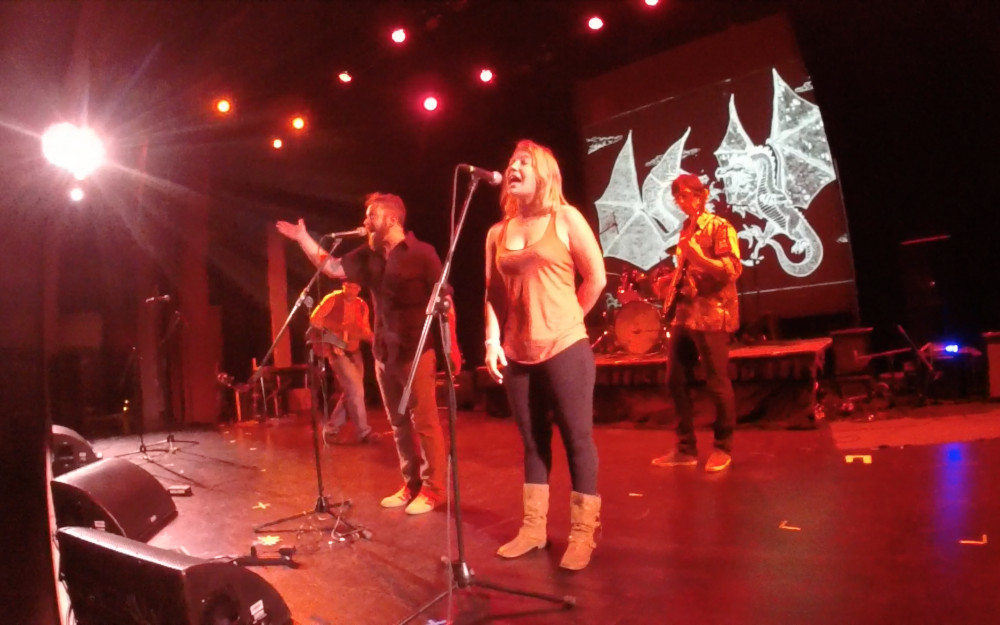 Colbeck says it felt great, and he could definitely feel a different energy from the two audiences. But it is underwhelming coming down from a night of performances like that.

“We plan for weeks and practice the set list and time the walk between the two venues and then it’s over,” he says. “It’s like, what do I do with myself now?”

He might not have to worry much. Heyden and Colbeck seem to be on the same wavelength when it comes to what’s next.

“I’m going to Disneyland,” they say in unison. 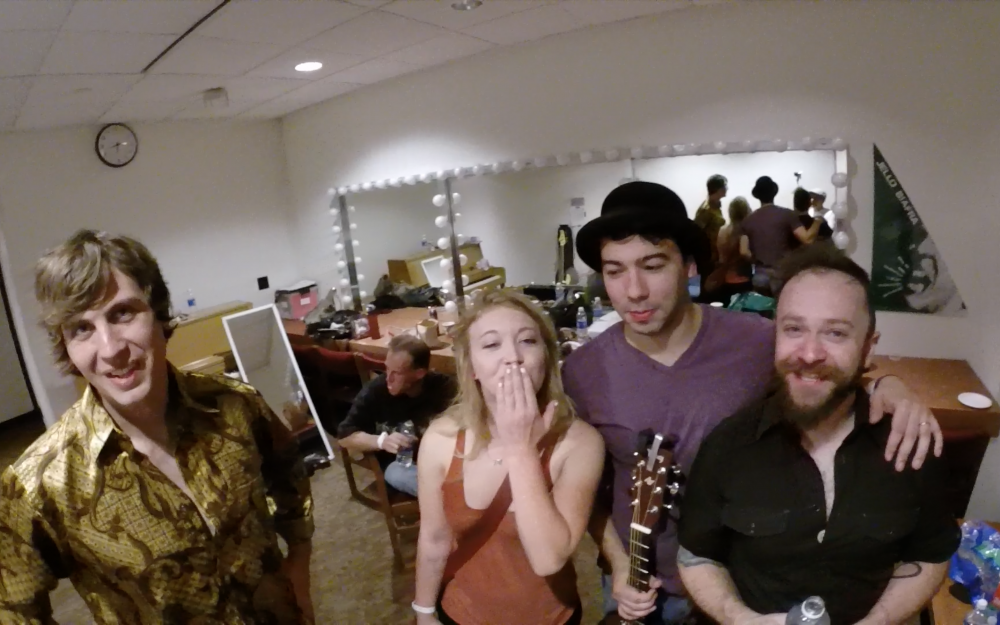