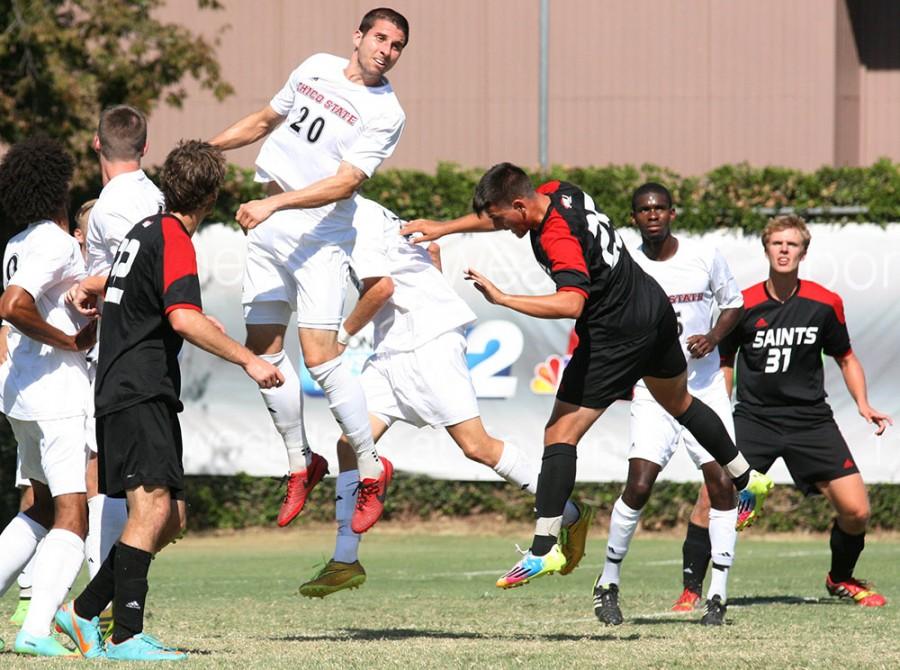 Returning from a foot injury can be one of the hardest obstacles to overcome, especially in a sport that revolves around footwork. But coming back from two injuries to the same foot, that’s even tougher.

Chico State men’s soccer player Michael Janjigian knows firsthand, or foot, because he went through the same injury twice. Now the senior captain is on the comeback trail for the Wildcats.

Janjigian suffered his first injury when playing with his summer soccer team in 2013. At that point, he broke the fifth metatarsal in his left foot.

“I tried to heal it without surgery so I could get into season faster, and it healed,” Janjigian said. “Everything was going good, and it looked like I was going to start playing again, and in my third game of the season, it broke again.

The second time he broke it, Janjigian opted for surgery. It took him three to four months to get in good walking and running shape because both the doctors and himself were more careful. He didn’t get into his first game until this summer.

The toughest part about the rehab was overcoming the many different obstacles that come with returning from an injury, he said.

“Once you get good at walking, it’s another couple weeks of getting over the hurdle of running,” Janjigian said. “And it was just really frustrating because it is a really long process.”

Junior soccer player Matt Hurlow said Janjigian is a great leader and mentor for many of the young players. There are only four other returning seniors to the men’s soccer team this

“Last year we had a lot of seniors that really stepped up to pick him up after his injury,” Hurlow said. “But definitely this year if he were to go down, it would be a lot bigger impact on the team than it was last year.”

Felipe Restrepo, the head men’s soccer coach since 2008, said Janjigian has been a role model for the team.

“Basically he’s been here since I have been here,” he said. “He knows the hard work that we have put into this program and in a sense, he’s almost like an assistant coach out there now.”

He appreciates how hard Janjigian works and how much he wants to do great on and off the field, Restrepo said.

“He leads by example,” he said. “He’s our hardest working player, he’s there on time, he stays late. We all understand: if there’s anyone who wants it more than anything, it’s Jigs. He gives example to the other guys on how we want our players or student-athletes to be in our program.”

He wants to get back to that level, but bring his teammates there as well, Janjigian said.

With the season still in its early stages, Janjigian is trying to get into good game shape.

Restrepo said he’s excited to see what’s in store when Janjigian is at his highest potential.

“He is already starting to get into top shape,” Restrepo said. “My hope is that once we get into conference he can kind of push that envelope to see where he can get to.”

Chance Keenan can be reached at [email protected] or @chancelikelance on