A ceramic man and woman sit in a bathtub gazing at each other, stubborn and firmly rooted as if the water had gone cold hours ago. Though they share the tub, their expressions tell a more complicated story.

Barnett and Russell, who are represented in the bathtub piece, were offered the show as a couple in February. The two met while in the art program at Chico State and were together for two and a half years until recently, when Barnett was offered a paid residency opportunity teaching studio classes at Taos Clay Studio in Taos, New Mexico.

“When he got that residency, it was kind of like a culminating shitstorm,” Russell said, “and in a way, it kind of made the show deeper and more meaningful because we were both dealing with the same problem but in our own ways.”

The inspiration for the exhibit came from not being a couple anymore but still living together and trying to make it work, Russell said. Barnett left two months ago for New Mexico and Russell is currently a receptionist and the calendar editor at Chico News & Review.

“In a certain way, I think the idea of washing dishes really became a kind of form of moving forward,” she said. “Without clean dishes, you can’t really go on to the next thing.” 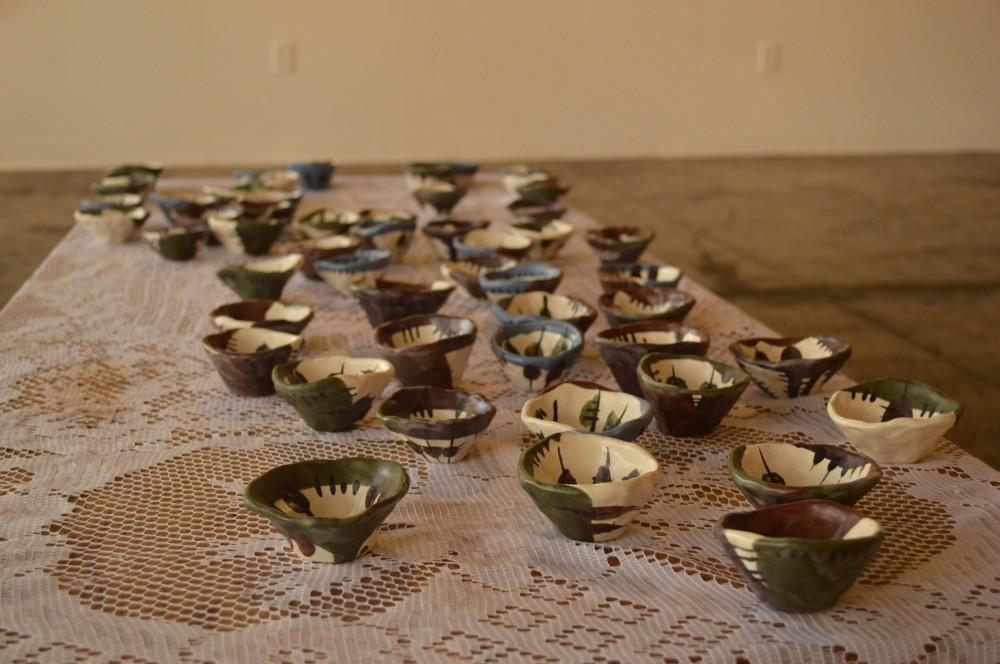 At the reception Sept. 12, shots of beer, wine or juice were taken from small ceramic cups crafted by Russell. After the ritual, attendees were encouraged to take home the cup they drank from.

“You share something but then there’s the aftermath of washing all the dishes,” Russell said. “So I kind of left it up to fate.” 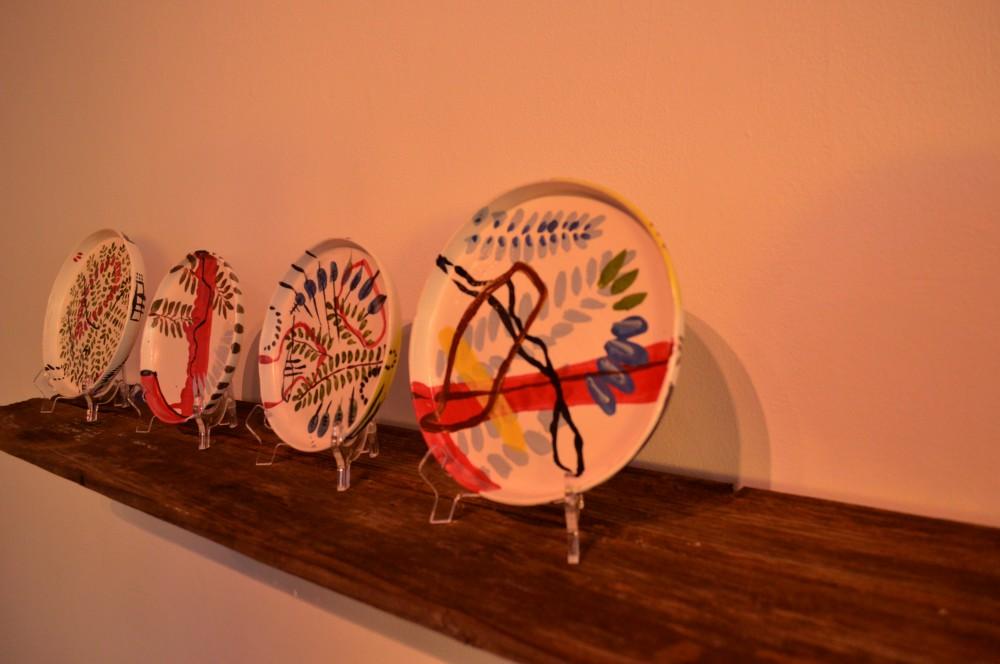 Ceramic plates created by Russell hang on a wall in the gallery. Among the organic shapes painted on the plates are wrinkled faces wrapped in cocoon-like lines.

“Rickie was my creepy inspiration for that,” she said.

“I would go on bike rides every morning and pick up windfalls,” she said. “So I wasn’t actually taking from trees, just the materials that had fallen.”

Once she gathered the fallen natural material, she wrapped it in paper and fabric and boiled it to create the piece’s organic effect.

At another spot in the gallery, one of Barnett’s ceramic torsos sits on a wooden shelf. On its shoulders hang two legs wearing brown-laced shoes belonging to a mysterious creature. The bushy-bearded, pupilless head emerging from the torso has a small hand covering its mouth that belongs to the bird-skull creature sitting on its shoulders.

It seems that at the end of the day, when the doors of the gallery have been locked for the night, Barnett’s imaginative creatures get up, stretch their legs and pour themselves something to drink in a ceramic cup.

They just better remember to wash their dishes. 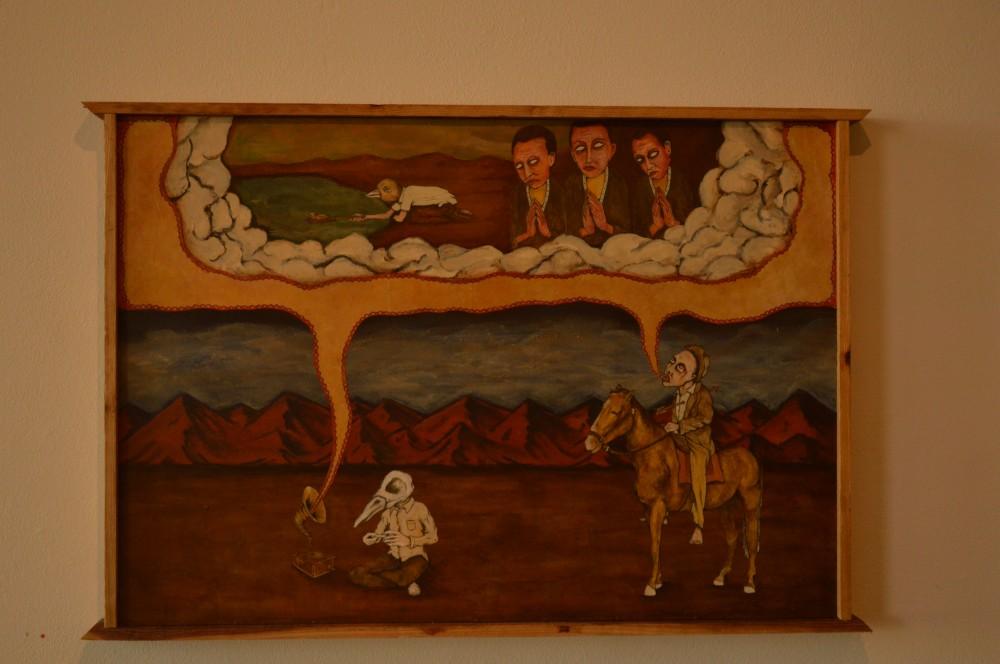