‘Organic’ labeling isn’t what it seems 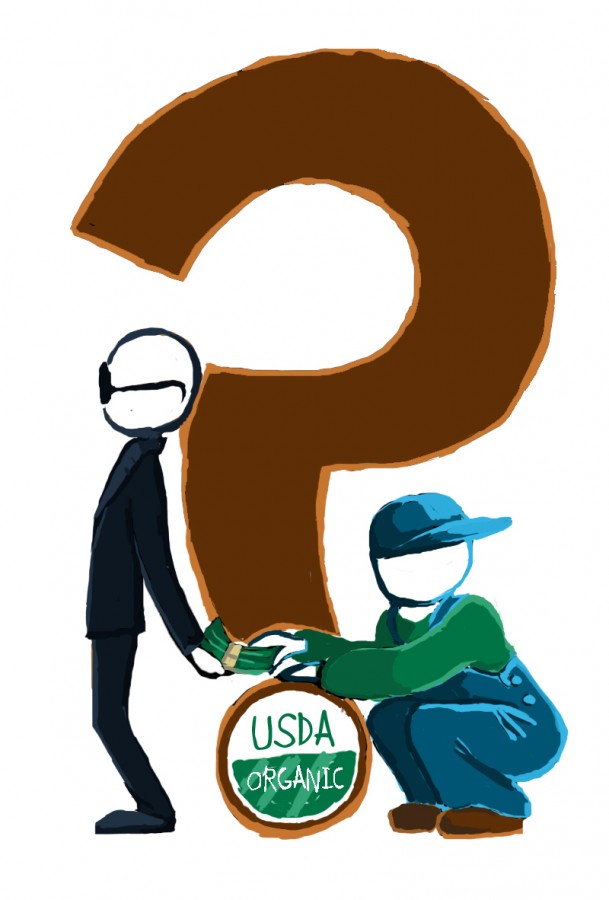 If eating quality food means spending $250 every two weeks on groceries, then I’m all for it.

Despite the fact that I may not have a ton of extra spending money, I always make it a priority to buy organic produce, and I think others should do the same.

After participating in a live Twitter chat about the trustworthiness of organic food, I learned valuable information that any consumer choosing this route would want to know.

For example, even if something is labeled “organic,” that doesn’t necessarily mean that it is.

Why would anyone put a label claiming something to be one thing when it isn’t?

It turns out, some companies try to attract people to buy their products by adding words like “natural” or “fresh” to their packaging. These companies make a bigger profit by tricking people into thinking that they’re buying something organic.

Many are probably wondering, who are the people who have the authority to say what is 100% organic?

This brings up yet another controversy known as the certification process. I’ve read from multiple sources that farmers will pay the U.S. Department of Agriculture agents to come and perform the certification inspection.

What I got from this is that farmers can either bribe agents into getting what they want, or the agents can move on to a different farm if they aren’t willing to pay the cost to be certified.

The USDA does have specific qualifications the farm must meet in order to be certified, but I find it suspicious that those who are getting paid to do this job have the authority to decide how much they will get paid depending on the farm.

It also makes me sympathize for farmers who have to worry about pleasing those who will either approve their food or not.

Chico has a large organic community with popular stores like Chico Natural Foods Cooperative. It especially seeks to remove products with genetically modified organisms off its shelves and specify what is actually 100% organic.

This is how all grocery stores should work so students can get their money’s worth.

Since big companies are choosing to pay for the organic label, it would be beneficial for students interested in going organic to do more of their shopping at stores like Chico Natural Foods, where they take pride in ensuring that customers receive the best products.