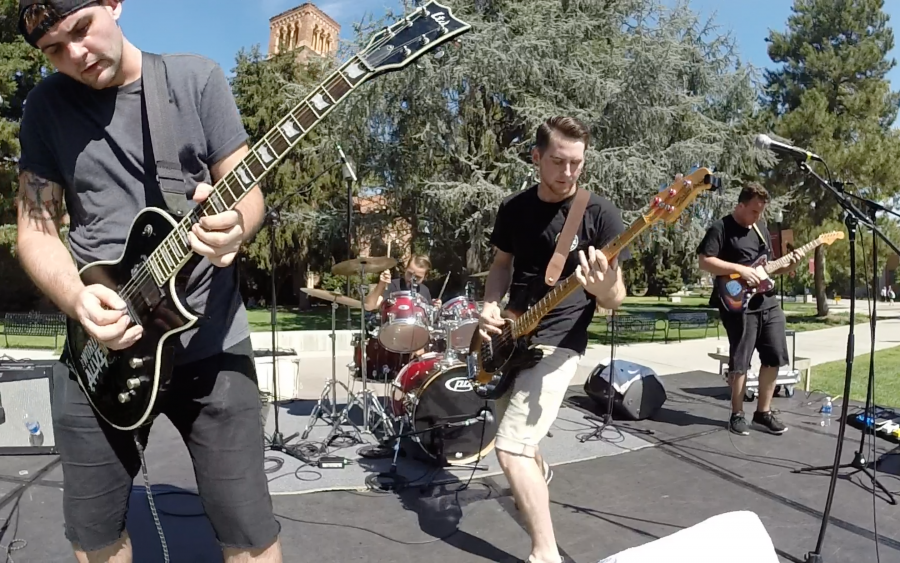 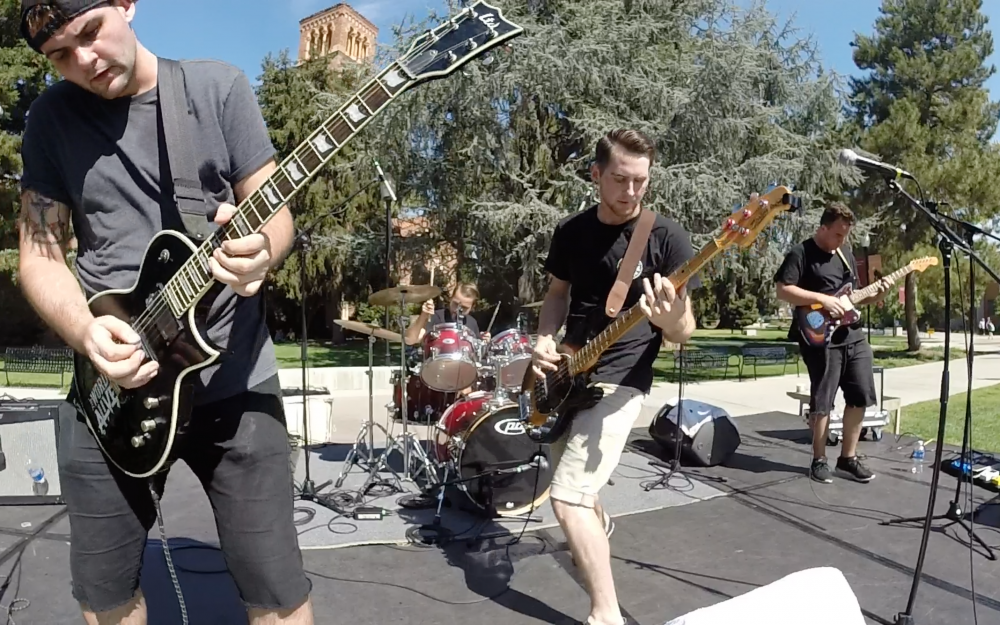 The Orion chatted with the alternative rockers of Dear Misguided about their band name, inspirations and writing music after their A.S. Productions “Nooner” performance Wednesday.

The Orion: So what’s the story behind the name “Dear Misguided?”

David Hollenbeck, lead singer and guitarist: It was mostly that our other one was bad and we had to change it.Austin Smith, bassist: I think we just pulled out a dictionary, didn’t we?Hollenbeck: Yeah, we did.Smith: We just pulled out a dictionary and picked two words.Nolan Wagoner, drummer: We knew we wanted the “Dear” part, but weren’t sure. Dear what? So that’s when the dictionary came into it.Hollenbeck: Yeah it started out as Dear Maria (laughs).

The Orion: How did you get involved with music?

Hollenbeck: I started doing piano when I was like six. Then I did a bunch of other instruments that I didn’t like that much, like the violin, and that kind of sucked. Then I started getting into guitar when I was about 13.Jack Wittich, lead guitarist: For me it was kind of the same thing. My parents made me take piano when I was like six and I was like, ‘OK, this is whatever.’ Then I had an older cousin and a babysitter who would bring over their guitars and they would hang out and play and I thought it was so cool. So that got me messing around on my dad’s old acoustic. For my 10th birthday, my parents got me Guns N’ Roses’ “Greatest Hits” and my first guitar and I said ‘man I don’t wanna play piano anymore; guitar is where it’s at.’ So guitar has been my main instrument ever since.Smith: Mine is almost the same story, minus the Guns N’ Roses. I started playing piano because of my parents and I was like, ‘this sucks. I hate practicing.’ So I quit, took up saxophone and did band for awhile and then picked up bass.Wagoner: For me, I was like, not really into music ever, but I just played the recorder in elementary school and I was just so passionate about it (laughs). No, in reality, I think it was sophomore year of high school. I told my dad that I wanted to do something new and that I wanted to pick up drums, and he was like, ‘Okay, I will buy you a set if you’re actually gonna practice.’ I really have no musical background other than the drumming.

The Orion: Who or what influences you?

Wittich: I think we have a pretty vast number of influences. Like for me, I’m mostly influenced by punk and hardcore. Coheed and Cambria are really an inspiration to me. They got that whole broad rock, theatrical thing going on and so that’s pretty much my main influence.Hollenbeck: For me it’s stuff like Death Cab For Cutie and Bright Eyes…The Front Bottoms and Joyce Manor, we actually play some of their songs.Wagoner: We all just really like pop-punk stuff, so I think we blended David’s indie-ness and Jack’s Coheed and Cambria-ness into Austin and I’s punk and hardcore, post-hardcore listening habits and it all it all came together as this thing.

The Orion: How do you write your music?

Wittich: (David) would come over to my house with his acoustic stuff and he would play them for me and we would jam on them for awhile and kind of work out the guitar’s parts.Hollenbeck: It’s kind of changed. It started out with me writing really bad lyrics and then we would play to it. Eventually, we started writing music first and tried that for a little bit. We had a different guitar player then and a lot of the stuff I was writing then was acoustic. When we changed guitar players and our style became more punk, the lyrics didn’t go with it anymore.

The Orion: Do you have a song that you are most proud of and why?

Wittich: I really like this new song we’ve been writing. It’s called “It Sucks When We Hang Out.” I like just the way it flows. It’s a little more punk then the hardback catalog, but it still has that Dear Misguided indie sound. The lyrics that David wrote for it are just so honest.Wagoner: (interrupts) and funny.