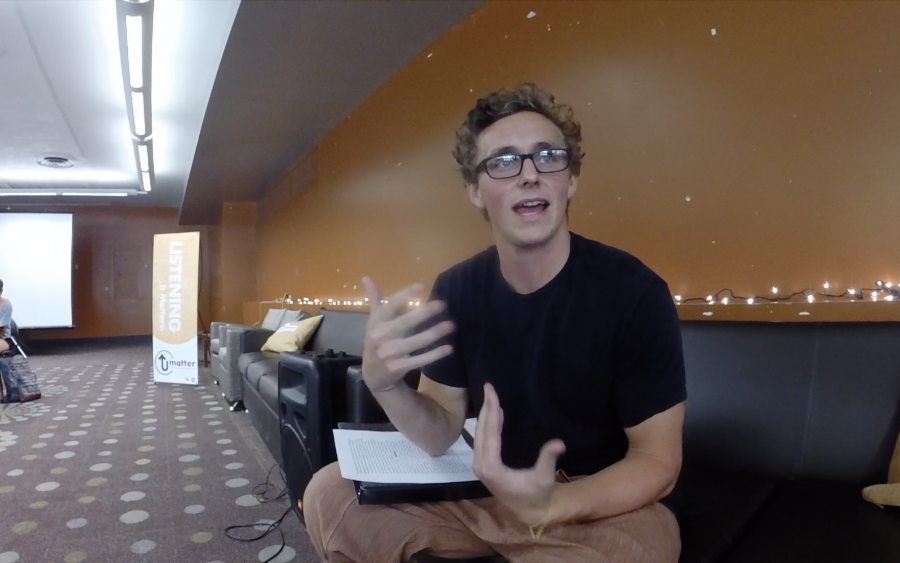 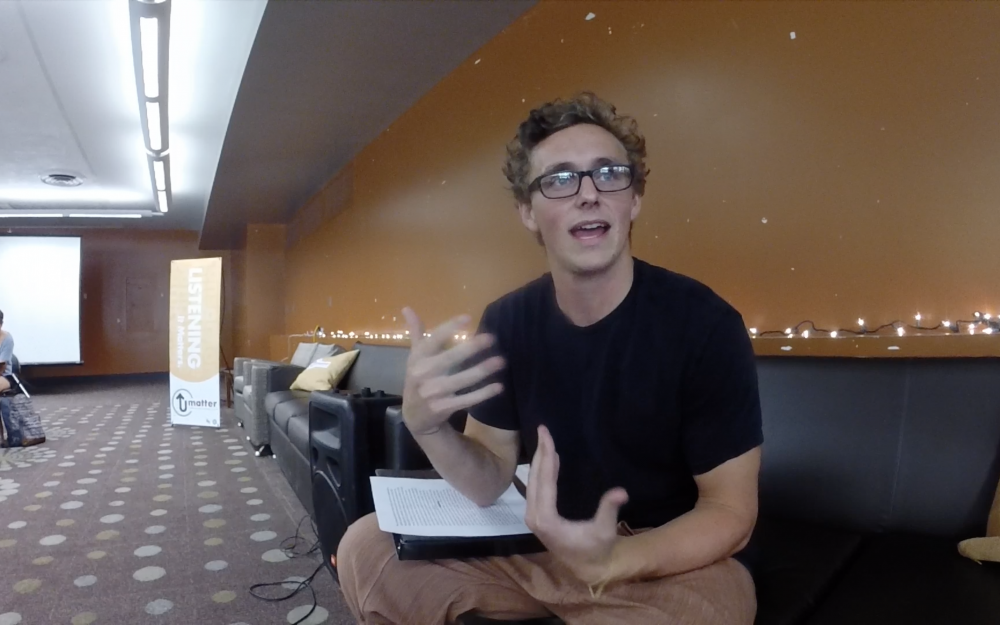 Cameron McCallister, a fourth-year psychology major, began writing poetry when he was 19 years old. Now, at 22, he’s recited poems about topics like depression and mental illness in order to shed light on those issues for events like UMatter Cafe.

“I’m here because I like to help out in any way I can,” he said. “And if that means performing and doing what I like to do, such as poetry, I’m willing to do what I can.”

UMatter Cafe was created to spur discussion and expression of artwork concerning normally taboo topics such as suicide, mental health and mental illness. The event is part of Chico State and UMatter’s observance of Suicide Prevention Week, which will continue until Saturday, Sept. 27.

Although the event primarily focused on group discussions, McCallister’s spoken-word poem he crafted for UMatter Cafe captivated the crowd.

“I wanted to attend and perform at this event because of the mental-health aspect of it,” he said. “I’m a psychology student studying abnormal psychology as well as biological psychology, and there’s a ton of research that says that mental illnesses are real and the stigma behind it keeps it in the shadows. It’s a similar thing with substance abuse.”

McCallister said he felt more nervous writing the poem he recited for the event than he did reading it before a crowd. He originally tried to filter it to cater to his peers but realized he didn’t need to worry about looking good.

“I was thinking about not personalizing (my poem) so that people don’t see how it affects me,” he said. “But it’s a real thing and I’m a human being and I have emotions. So this piece reflects that.”

Most of McCallister’s poetry isn’t necessarily about mental illness, he said. Much of it stems from when he gets annoyed with things as simplistic as not wanting to have feelings of needing things like specific brands of clothes.

McCallister works for Campus Alcohol and Drug Education Center and said he supports anything that is proactive in shedding light on stigmatized illnesses. After graduating and taking a year off to travel, he intends on pursuing his master’s and becoming a therapist.