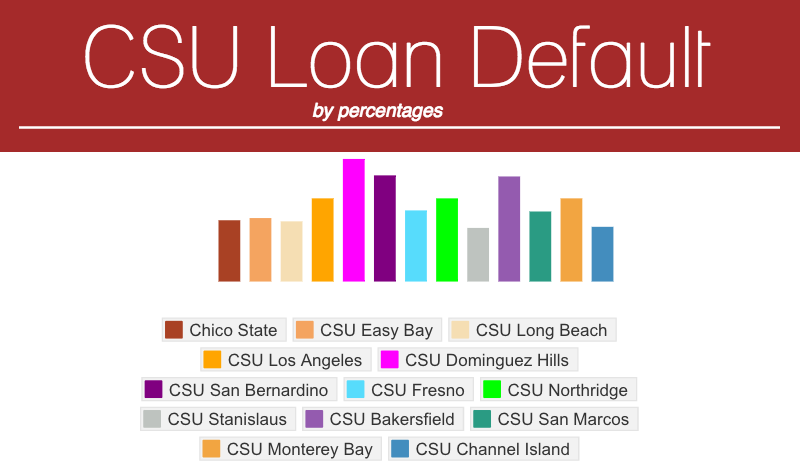 The Department of Education announced Wednesday that number of students defaulting on their student loans has declined to 13.7 percent, down from 14.7 in 2010. Chico State students are repaying their loans at a much higher rate than the national average and have a default rate of 7.6 percent.

The data measured students who entered repayment of their student loans in 2011. A loan is considered defaulted after 270 days without payment.

CSU Dominguez Hills has the largest default rate in the CSU system, at 11.2 percent.

The Department of Education attributes its lower percentage to new tools that help students with repayment such as a financial aid counseling tool and a revamped student aid website that includes information on flexible loan repayment plans.