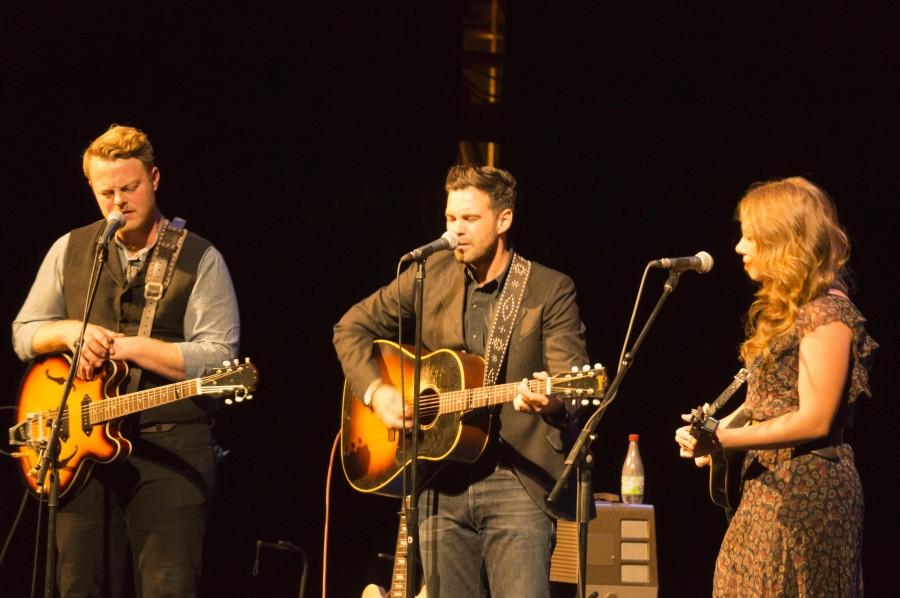 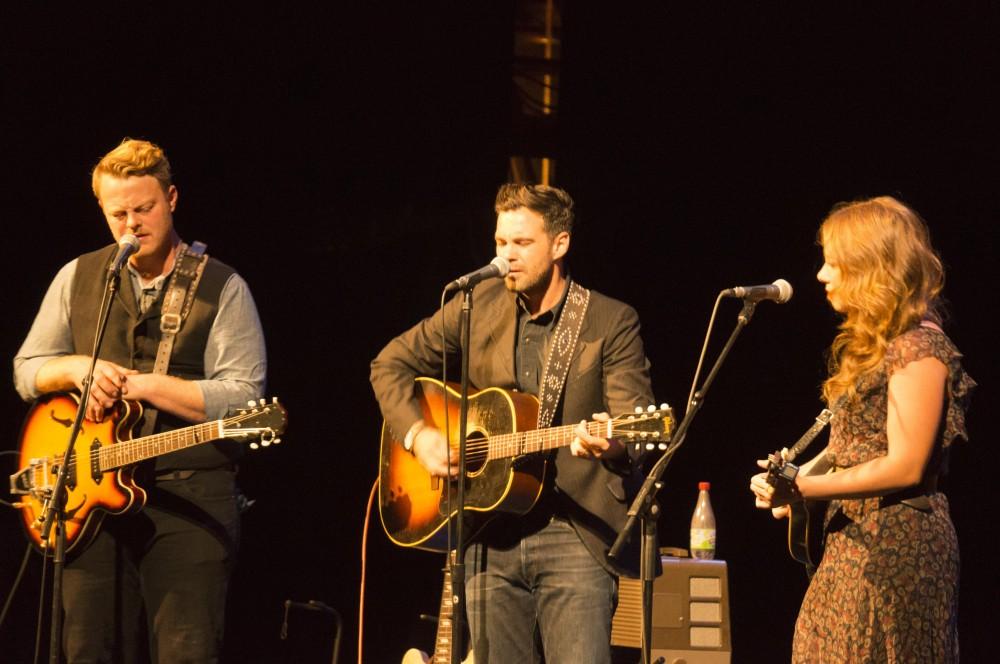 Clap-inducing and toe-tapping rhythms filled Laxson Auditorium Thursday as bands The Lone Bellow and Hugh Bob And The Hustle rocked the night away.

Early in the show, opener Hugh Bob And The Hustle played its song “Milwaukee Man,” which featured a catchy chorus that grabbed the audience’s attention. 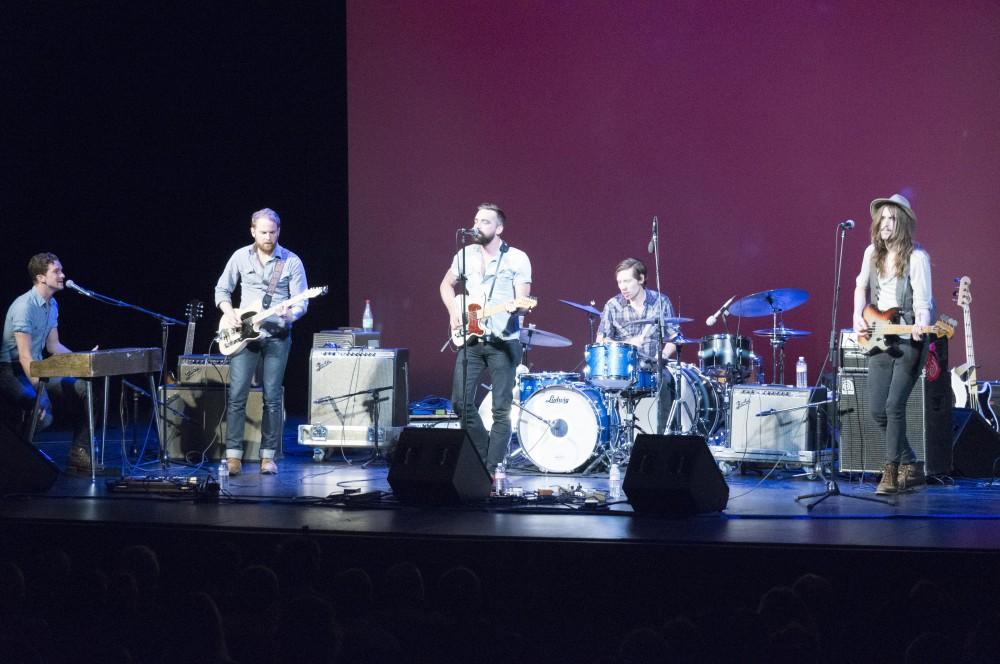 Hugh Robert Masterson, the band’s lead singer, took a break from jamming to relate with the audience and crack a few jokes. Then Masterson invited The Lone Bellow on stage to perform a soulful collaboration of the song “Ashland County.” 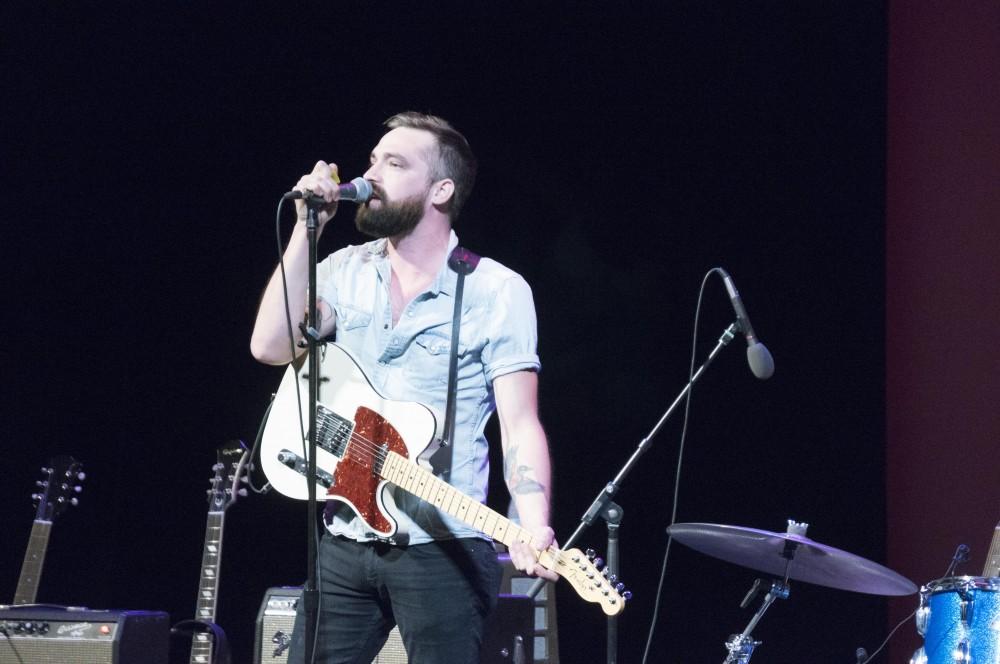 After a short intermission, The Lone Bellow came out to raging applause.

The Brooklyn-based group opened with a bang as heads began to bob immediately to the country-soul sound that The Lone Bellow threw down. The group played their song “You Don’t Love Me Like You Used To,” during which lead singer Zach Williams encouraged the audience to follow along with his clapping rhythm.

The crowd responded with cheers of excitement when Williams announced that the band was going to perform some new material from its next album, which will be released next year in January.

One of the songs, “Watch Over Us,” featured guitarist Brian Elmquist on lead vocals. Elmquist and Kanene Pipkin, singer and mandolin player, sang beautifully as they strummed their acoustic instruments. 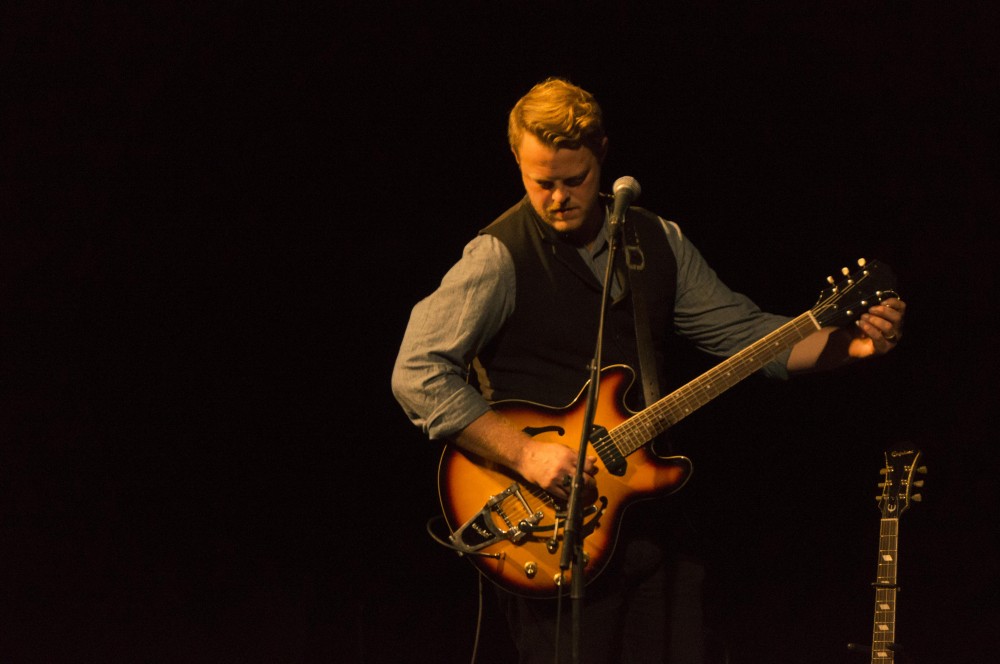 One of the highlights of the nights came when The Lone Bellow played its upcoming single “Then Came The Morning.” Williams sang with energy as he moved around the stage, dancing.

He kept the performance light and fun as well, when he joked with the audience during a few breaks of the show.

“I heard about a place called Daffy’s or Duffy’s (Tavern),” he said with a laugh. “After the show, we’ll see you all at Duffy’s.”

The Lone Bellow ended its set list with its song “The One You Should’ve Let Go,” which featured a high-paced jam session that tied together the energy-filled night. Pipkin, Williams and Elmquist sang beautifully during the final jam, incorporating elements of blues, country and soul.

The audience erupted in a standing ovation when The Lone Bellow finished and was then treated with an encore performance. Hugh Bob And The Hustle joined The Lone Bellow for one final number as the foot-stomping night came to a close.

“I thought it was a cool to see a band from the style of music we normally don’t get to see.” said audience member Jason Cowart, senior recording arts major. “It’s different from the usual and I thought they did a great job.”

Michael Quiring can be reached at [email protected] or @theorion_news on Twitter.