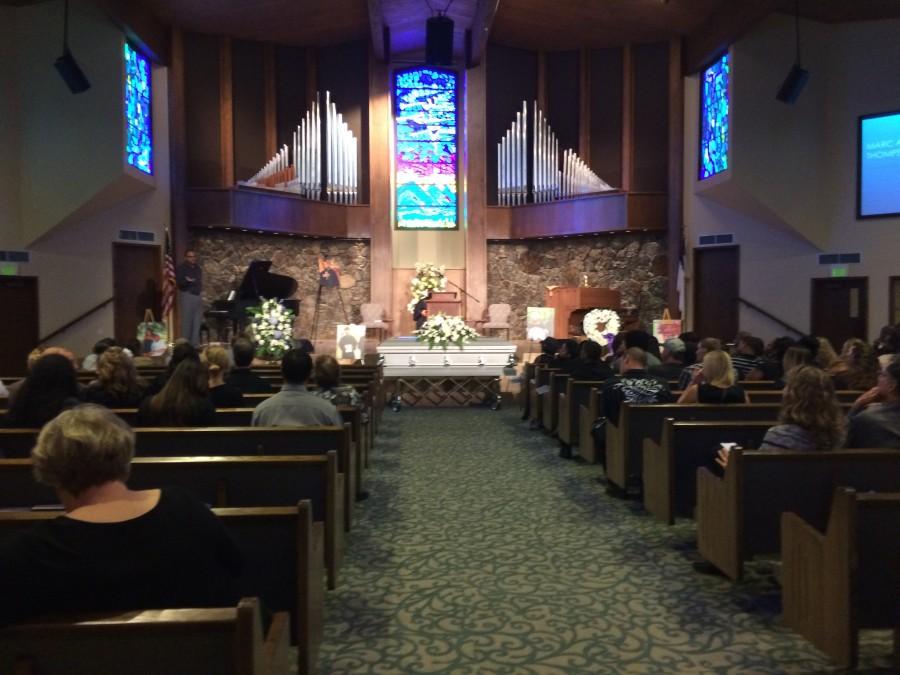 Family and friends of Marc Thompson gathered in the sanctuary before the sermon. Photo credit: Jovanna Garcia

Thompson’s family filled up the front four rows of the church’s sanctuary. The ceremony lasted for two hours and about 80 people showed up.

There was a eulogy and obituary reading and a slideshow at the funeral that celebrated Thompson’s life through photos.

Pastor Cubie Finley, a family friend, followed with a sermon in memory of Thompson.

LaWanda Thompson, Marc Thompson’s mother, said she remembers the last time she spoke to her son.

“It was just an everyday conversation with my son – always pushing him to do something,” she said.

She said her son was kind, generous and always made a difference.

“Even as a child, he made a difference with his friends and he was loyal, very loyal,” his mother said.

Thompson’s burial site was in Oroville. There will be a campus memorial for Thompson 6 p.m. Tuesday, Oct. 7 at the Chico Performing Arts Center.

Jovanna Garcia can be reached at [email protected] or @Jo_garcia19 on Twitter.