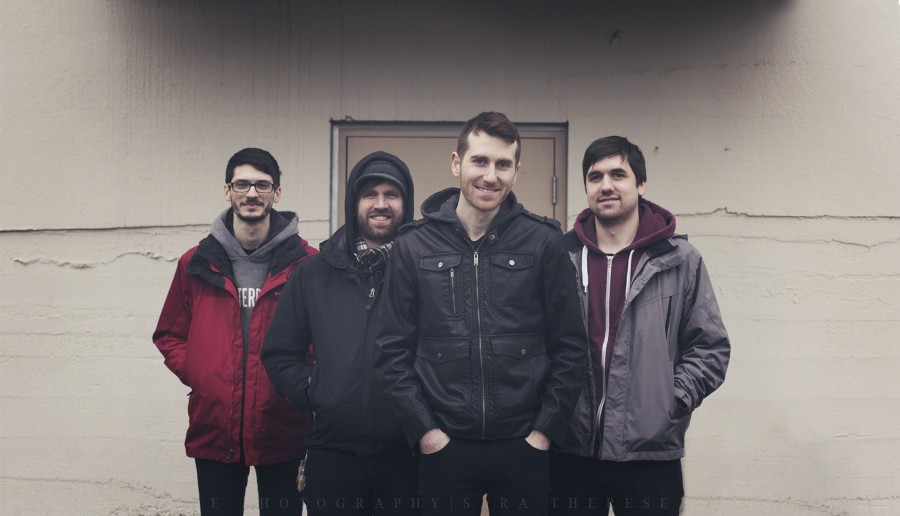 Icarus The Owl is one of the alternative rock groups performing Sunday at 1078 Gallery. From left: Rob Bernknopf, Zach McLean, Joey Rubenstein and AJ Stacher. Photo by Sara Therese

Hail The Sun, Icarus The Owl, Stolas and Surrounded By Giants’ show 8 p.m. Sunday at 1078 Gallery will be far from boring.

Joey Rubenstein, lead singer and guitarist of the Portland band Icarus The Owl, said the group likes to keep shows interesting and entertaining.

“We are really passionate dudes and are very serious about playing music,” Rubenstein said. “However, we are perverts and will most likely talk about genitalia between songs.”

But concertgoers don’t have to worry about the band being too brash.

“I personally feel that modesty is way better than having a rock star attitude, and we always try to portray our gratitude that people are even watching us perform,” Rubenstein said.

Icarus The Owl is defined by its highly technical riffing within pop-punk songs. The band’s music is both catchy and wildly atmospheric.

Icarus The Owl and Stolas are on Blue Swan Records along with Hail The Sun, a local progressive, post-hardcore band. Hail The Sun has an alternative approach to the genre and is good at creating dark vibes with its music.

Stolas rotates between attacking and caressing melodies as it merges raw aggression with soft contrasts to create calms between storms of sound.

The bands will also be joined by local act Surrounded By Giants, who classify themselves as R&P, or rhythm and punk.

This is just one of the stops on Hail The Sun, Icarus The Owl and Stolas’ Blue Swan Tour.

“The vibe is always really fun in Chico,” Rubenstein said. “We have never played in Chico and had a bad time. So, it’s safe to say that we love playing there and will continue to do so.”

Jake Hutchison can be reached at [email protected] or @poserpunk on Twitter.