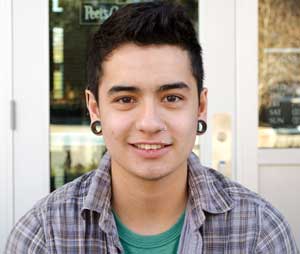 The Associated Students are seeking new leadership following turnover of four student board members, including the organization’s second-in-command.

As of Monday, the A.S. are in the process of interviewing candidates for the following Government Affairs Council positions:

Also being interviewed are the A.S. senators for the College of Natural Sciences and the College of Communications, formerly held by Tyler Fowler and Yoselin Calderon, respectively.

Except for Masen, who resigned, all former officers were deemed ineligible to hold their positions. Masen declined to comment on his reason for leaving the position.

The reason for the vacancy of the officers has not been confirmed. The A.S.’s bylaws outline minimum requirements to hold positions, including maintaining a minimum 2.3 grade point average, being enrolled in six units each semester.

Students who have taken more than 150 cumulative units can also be deemed ineligible, according to qualifications outlined on the Chico State website.

Keller, currently majoring in Public Administration, Political Science and Communication Studies, said he was deemed ineligible for this reason.

“The (policy) was intended to keep people from not graduating, perpetually running for office, and abuse financial aid,” he wrote in an email to The Orion.

Following the interviews, members of the Government Affairs Council will recommend a candidate to the A.S.’s board of directors, said Taylor Herren, A.S. president.

“We’re moving the process as quickly as we can while being diligent,” she said.

Editor’s note: Kory Masen was originally identified by his former last name, Acosta. The story was revised to reflect his current legal name. The story was also updated to include commentary from Zach Keller.

Mozes Zarate can be reached at [email protected] or @mozeszarate on Twitter.