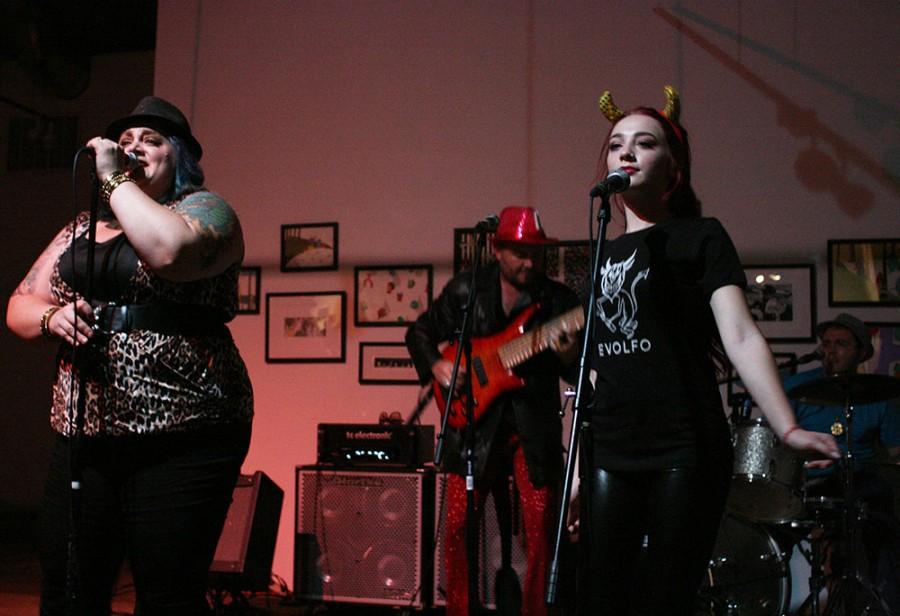 The Orion met with the musicians of Sofa King to discover their origin story, writing process and inspirations before their show Oct. 14 at 1078 Gallery.

The Orion: How did the band develop?

Christina Comfort, lead vocals: The band originally started with myself and brothers Brian Jones and Douglas Jones. Brian and I met at Butte College while we were recording arts students in Dave Elke’s class. We starting spending a lot of time together and realized we had similar music interests. One day we both looked at each other and were like, “Why aren’t we in a band together?” So we recruited Brian’s brother Doug, who is a phenomenal bass player, and it grew from there. Alan Holbrook, bassist: We were all spewed out of somebody at some point in time and melted together in this little bowl of funk soup that’s very nice together.

The Orion: OK, I have to ask: what’s the story behind the name “Sofa King”?

Christina: Everyone has a different version.Brian: We all got really hammered and sat around the dining room table and talked about what our band name should be. At this point, it was just Doug, Christina and I and we had Ryan, Christina’s husband, and there was this silly furniture commercial that had the idea but everyone seems to claim that they came up with it.Joshua Comfort, guitarist and vocalist: I actually came up with it.Brian: Yeah, see.Joshua: When I was in elementary.Christina: See nobody knows for sure.Cat Perez (Christina’s daughter), vocals: I came up with it in the womb. I just came out saying it.Leah Holbrook, vocals: And then crawled back inside.Cat: In 1972.

The Orion: You mention sharing a message of social justice and love in your music. What is that message specifically?

Christina: One of the things we realized in spending time together is that we’re all very passionate about politics, particularly about feminine politics. I was the clinic administrator for the Feminist Women’s Health Center for 10 years, so activism has been a way of life for me. Many of our songs are about social justice and many things we see in the world that need attention.

Learn how to place music on itunes at ReverbNation.com

The Orion: Who or what inspires your music?

Christina: A common thread between all of us is really that mid-to-late ’70s straight funk sound that you get from Bootsy Collins and George Clinton and Parliament. We’re all big fans of them, but we each have a lot of different music influences that we bring to the band. Our sound is more progressive; it has elements of jazz, rock ‘n’ roll, some hip-hop and some neo-soul.

The Orion: How do you write your songs. What’s the process like?

Douglas: I spend an awful lot of time just writing chord progressions out, and then I just take them to the band and we collaborate.Alan: One time Doug was just messing around on his bass and I picked up mine and played along, and from that Christina shows up with two versus and the chorus, just from us messing around.Christina: Another thing that has been really successful for us in songwriting is that we all pile into the bathroom and have shadow puppet rap battles.Alan: Yeah, (my puppet) got shot. Someone busted a cap in mine.

The Orion: What’s next for you?

Cat: Live animals. Christina: We are actually in the process of recording an album and we’re real excited about that ’cause we’re tracking the album ourselves. Brian is our resident engineer phenomenon who is making it happen … Once we have five tracks, we’re going to cut an EP and we will have an EP release party in Chico. Then we’re going to hit the road and market in Sacramento, Redding (and) up the coast and just kind of stick to Northern California, ’cause we’ve been so loved in Chico … Every show, we have people keep telling us that we are getting more and more dynamic. We want to take that place where they are missing out on this funk.