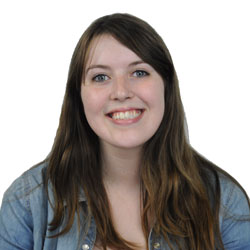 It’s no secret that I’m white. I mean, look at me, I’m practically a ghost. But I have never experienced what this country calls “white privilege.”

Instead, I feel like I’ve fallen into more privilege by identifying as Hispanic and Maltese.

Take my college application for example. From the first day of freshman year to the day I graduated, I was told by teachers and counselors to never just put “Caucasian” down as my ethnicity. Apparently, ethnic minorities get a free ticket into college.

So when I applied to Chico State, I didn’t hesitate to check the “Hispanic” and “Other” boxes when I was asked for my ethnicity.

No, I didn’t lie on my college application or try to cheat the admissions system by using affirmative action in my favor. I really do identify as Hispanic.

I am a fifth generation Spanish-American and third generation Maltese-American, and my family always tries to keep in touch with our culture.

Every Christmas, my grandma would make rosquillos de vino, or Spanish anise wine cookies. My great-grandma’s best dish was arroz con pollo, or chicken and rice, and she always used to scold me for not keeping fresh garlic in my pantry since it’s a huge ingredient in Spanish cooking.

Sure, I can’t speak Spanish all that well, but that’s not for lack of trying on my grandma’s part.

And yes, I’ve been told before that I’m too white to be Spanish. Spaniards are pretty fair in complexion, but my German heritage from my father’s side lends me to be a bit more pale than your average Spaniard.

Regardless, I have never been handed anything in my life just because I’m white. In fact, I feel like I’ve had to work harder to get things considered “privileges” because people just assume that because I’m white, I do get handed things.

But that’s okay. Even if I do gain privileges in my life, I know it won’t be because of the color of my skin, but rather my hard work and Spanish stubbornness.

Megan Mann can be reached at [email protected] or @meganisthemann on Twitter.