Local performance venue back on track to open in November 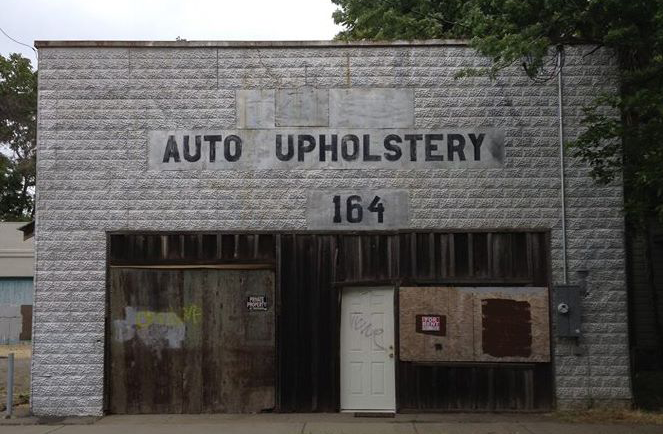 A collective of Chico artists and musicians will open a performance space in November with the intent of allowing concertgoers to see their favorite local musicians perform on stage. For free.

The Barn, a subscriber-funded venture located at 164 E. 11th St., is championed by two locals already steeped in the arts scene: Craig Blamer and Julian Ruck. It has continued to develop since its inception in June, despite a few bumps along the way with zoning and building permits.

Currently, the venue is slated to be an Internet-TV station startup, where performances are live streamed or filmed and uploaded later online.

The performance venue was returned to its original place at the abandoned auto upholstery warehouse on E. 11th Street after plans to move its location because of zoning and building permit costs fell through.

Originally, the project was going to move forward without the permits, until the project team found out that they would be given a hefty fine by the city for doing so.

Despite all of these hiccups, The Barn continues to move forward with the same goals and founding philosophy.

“The primary goal for The Barn is to serve as a community headquarters for artistic expression, with a minimum of outside exploitation,” Blamer said. “The intent is simply to keep the doors open and pay the utilities, while offering a low-cost, alternative entertainment source for the community.”

Blamer, who is a night manager at Blue Room Theatre and film writer for Chico News & Review, said that if local artists can subscribe at a low cost of $5-10 a month, they can sign up for the stage. Admission for shows would be low-cost or free, and artists would be able to take home tips from concertgoers.

“If you want to get on stage in this town, you’re lucky if the venue only takes 30 percent from you, as the artist,” Blamer said. “The big thing for me is I remember being in Chico and saying, ‘I’m broke, but I want to have some fun.’ This would be a place to come have some fun for no cost to watch a show.”

Ruck, a member of Chico songwriter super-group Electric Canyon Convergence, has also put a lot of time and effort into this project, fueled by his frustration as a local musician.

“(The Barn) is a fix-all when it comes to supporting the local music (and) art scene,” he said. “Those paying the monthly subscription fee not only have access to the facility and equipment, but are also helping to support the other artists in the community.”

Many artists have already dedicated time and effort into the venue’s development.

Joshua Carter, who has worked with Blamer at Blue Room Theatre for the last seven years, said that he thinks The Barn is a brilliant idea.

“It’s a place where people can work on their art in any form they choose,” he said. “The amount of new collaborations to come from it thrills me.”

Many local musicians are on board as well, including singer-songwriter Aubrey Debauchery and Christina Comfort, lead singer of funk, neo-soul band Sofa King.

“The Barn is a wonderful example of what committed community members can accomplish when they unite for a common goal,” Comfort said. “It’s much like activism — changing the world by building a project to preserve art and culture in an area that is hostile toward creative arts.”

“Fostering creativity has been and should be a vital part of the cultural fabric of this town, but it always seems like it’s a fight to keep it going,” he said. “There should be incentives, not fines, at the city level. After all, none of us want to just be the place people come to burn their parents’ old couches.”

Where it’s at now

So far, The Barn has a movie projector and is showing films to help pay for utilities and rent until it can begin hosting live music performances, Blamer said. Lost on Main donated speakers and the project has already received donated stage lights.

“We have all the equipment, we just need to buy the materials for specific things for that equipment to run safe and properly,” he said.