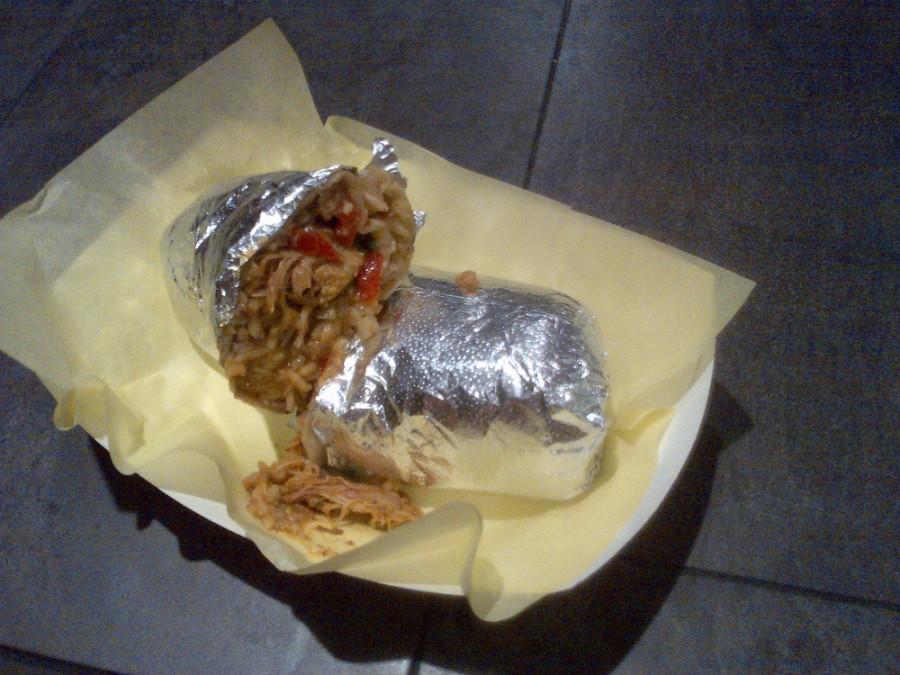 If you haven’t checked out the local restaurant scene downtown lately, chances are you’ve missed something worth noticing: some of the best local burritos at Mexican grill Bulldog Taqueria, located at Chronic Tacos’ old spot on West 2nd Street.

The restaurant, which first opened in Oroville and already has a location in Chico on Nord Avenue, prides itself in having the best authentic Mexican food in Butte County.

After rock climbing at the Wildcat Recreation Center on Monday, I found myself wanting a good meal with protein, so I decided to grab one of the taqueria’s regular burritos and see for myself.

As I walked through the front doors around 7:30 p.m., I saw two families sitting at tall tables eating dinner and one student waiting to pick up an order.

I ordered a regular burrito and chose chicken for my meat option. The selection of meat you can choose from is impressive and the largest I have ever seen. You can order ground beef, chicken, shredded pork, marinated goat, grilled shrimp, fried fish and chorizo, and that isn’t even the full list.

I decided to eat inside rather than outside because the music is so catchy. As I ordered, the Spanish version of “Bailando” by Enrique Iglesias played in the background.

The burrito was prepared quickly and was a great price for its size: only $5.90. The regular burrito can be easily split between two people or half of it can be saved for later, which makes its price even more appealing to any college student.

As I took my first bite, I immediately noticed the juicy chicken. There was also a perfect mixture of meat, rice, beans, cilantro, onion and tomato. I have eaten burritos where each bite was all beans or just rice, so I was pleased that this was not the case.

It turned out to be one of the best local burritos I’ve tasted, and much better than those offered at Speedy Burrito and Aca Taco, two popular Mexican food places in Chico.

The only thing I would change about the restaurant is the speed of its indoor fans. The fans above my table blew my napkins around, and I had to put my cup of water on top of them to keep them from blowing away.

Overall, I am glad that I tried Bulldog Taqueria, which provides quick service, decently priced, delicious burritos and a relaxing, albeit breezy, atmosphere.