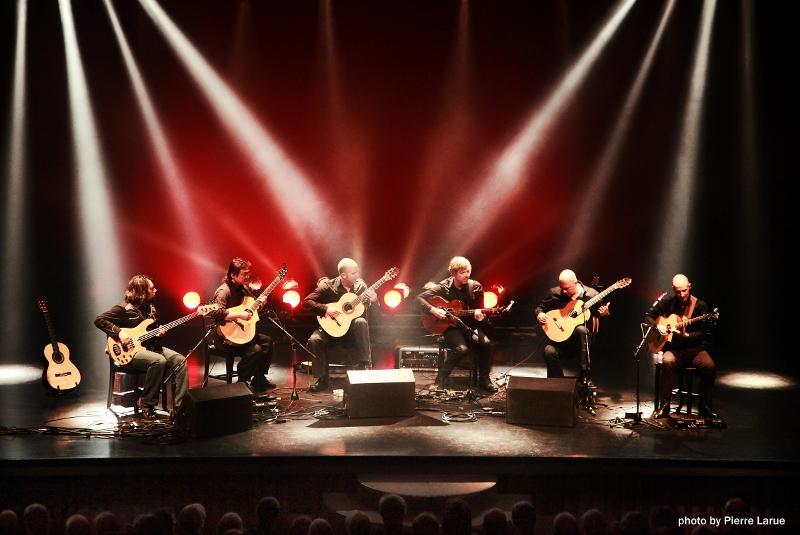 California Guitar Trio will perform covers such as Queen’s “Bohemian Rhapsody” along with original songs. Joined by Montreal Guitar Trio, the six guitar masters will also take on classical and jazz songs.

California Guitar Trio, which will soon celebrate its 1,500th show, was tutored under the direction of famed guitarist Robert Fripp in a four-year intensive guitar school. It’s there that the members of the trio, Paul Richards of Salt Lake City, Bert Lams of Affligem, Belgium, and Hideyo Moriya of Tokyo, were united and decided to tour.

“That friendship was started on guitars and it was built on interests in music; rock and classic,” said Richards. “Each of us just brings our different influences together.”

The trio’s performances have been shaped by principles they learned from Fripp. One of its signature numbers is created on-the-spot. This technique — circulation — happens when a melody is created from a single line while the guitarists only play one note.

Richards explained it as “kind of like the game actors play where they only get to say one world to make a sentence.”

The guitarists of both trios just finished a new arrangement for the tour based on Radio’s hit “Weird Fishes/Arpeggi.”

Richards said songs like that make “every night a different performance and makes every night a new experience” for concertgoers.

Tickets can be purchased online or at the University Box Office.