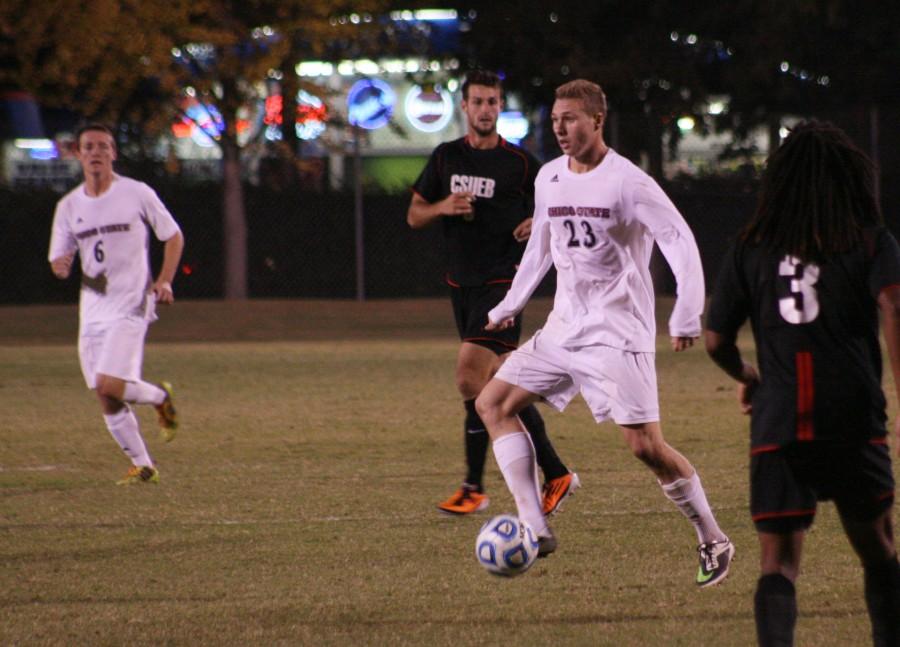 When regulation ends, athletes enter a new game. For sports like basketball, a winner needs to be crowned. Other sports, like soccer, can settle for a tie. But with overtime, one thing is for sure: anything can happen.

By the time overtime comes around, the players have already played a full game, so the endurance built from the season starts to pay off.

This season, the men’s soccer team has two ties and one overtime win against Humboldt State.

Junior Matt Hurlow, who scored the winning goal in that game, said that during overtime, more opportunities are created because opposing players are tired.

“You need to make sure you are in shape and ready for those moments because any game can go into overtime,” he said. “Maybe be a bit smarter in the way you attack, and lots of communication about defensive strategy with teammates is key.”

The women’s soccer team played in two overtime wins this season, as well as a pair of ties.

Senior Megan Tabler said that being the home team and having a fit squad can give the team confidence when regulation time ends.

“In those extra minutes, it really comes down to fitness, strength and how much you can just gut it out,” she said. “We have been really successful so the confidence has helped.”

Home field advantage is also a big boost for the team as they get good crowd energy to keep them motivated.

“At home during overtime, I feel like we already know that we have the game in the bag,” Tabler said.

Both soccer players said defense is always a priority during the overtime period, as well as working together in a collective effort.

Jordan Semple, senior men’s basketball player, said basketball has the same heightened defensive effort as soccer, but on the offensive side of basketball, it’s a lot different because of the shot clock.

“You need to slow down and make sure you’re thinking about the little things, come closer as a team and be able to execute what coach wants to do,” he said.

The period between the end of regulation and overtime is a time for the players to regroup, work on the strategy and get pumped for the overtime period, said Hurlow and Tabler.

It seems defense is an important part to many of the teams at Chico State. And like famous college football coach Bear Bryant once said: