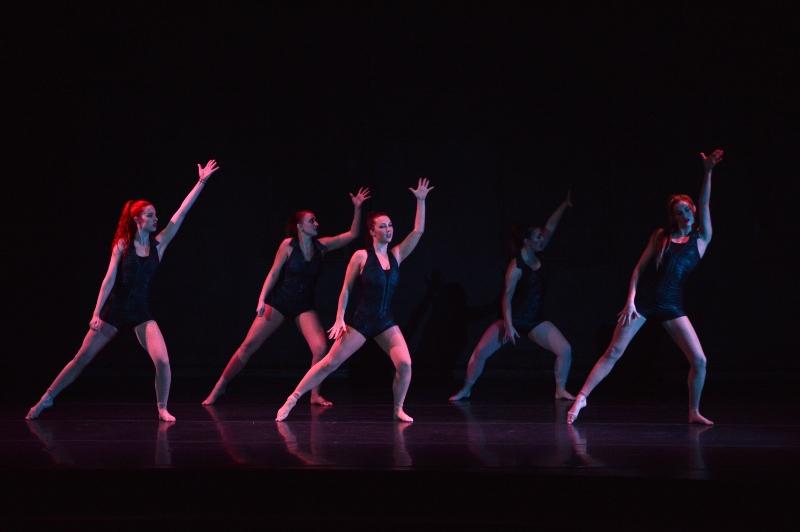 To a song by Santigold, the five dancers, dressed in shimmering cobalt jumpsuits, executed precise movements and banged on the stage with their hands.

Full Force Dance Company owned the stage with its team of over two dozen talented dancers of all ages. Their routine, “Chucky,” was fantastically horrifying.

Inspired by the maniacal doll from the popular horror films, the male lead dancer broke it down hip-hop style in his jean overalls, occasionally lip-syncing a wicked, creepy laugh.

It was the tight, hard-hitting choreography and dedication of Full Force that made their act, the longest of the night, also one of the most entertaining.

This show also featured the debut performance of The Eskimos Improv Troupe.

The team’s spokesperson instructed two of the members to go to the back of the theater and cover their ears as they watched two other members act on stage.

The members on stage performed a scene where they were digging to uncover some sort of Chico treasure.

Once they had finished, it was up to the two members in the back to re-enact it. But because they missed the dialogue, they added their own, making for a hilarious comparison.

“I feel really bad throwing all these puppies away,” said one member as he imitated the first group’s digging motion.

Throughout the next routine, a black charcoal or mascara-looking substance slowly oozed from the dancers’ eyes at different moments. This slightly terrifying yet intriguing dance was choreographed by Fictum.

Chico State student Freddy Fu was similar to a super-skilled Napoleon Dynamite during his solo routine to Michael Jackson’s “Rock With You.”

The students of Chico State’s Off-Broadways Tour Troupe also made an appearance, harmoniously singing audience favorite “Seasons of Love” from the musical “Rent.”

The finale number displayed just how much fun these dancers had, each adding their own personality, style and animated faces. Groups of people would walk out, wave and have their own little moments on stage, which made this more of a curtain call or encore than a finale.

Compared to previous years, the performance seemed a little rushed in execution and more like a talent show rather than a dance show. However, it gave local performance groups a chance to show off their talents and have fun on stage, which the supportive audience responded to enthusiastically.