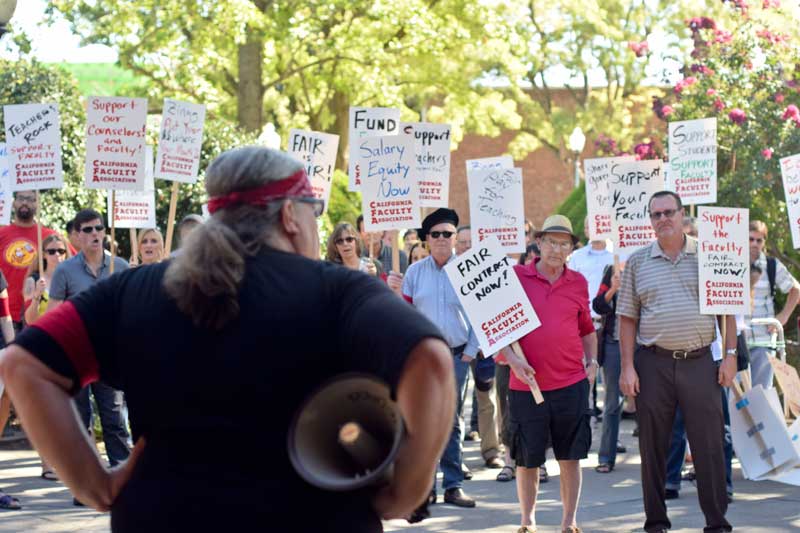 The California State University board of trustees voted unanimously Nov. 12 to approve the faculty union contract for the next three years.

The contract, which was also approved by the California Faculty Association through an online vote Nov. 1 to 9, will provide the faculty union with a number of positive gains for the university faculty members, according to the news release.

Many of the main issues faculty members were advocating for were addressed in the contract.

Faculty members will receive a 1.6 percent salary increase effective July 1, 2014, according to the contract. This includes backpay for the time between the end of the old contract and the signing of the new contract.

In addition any tenure-track faculty member who is currently below their service salary, a scale measuring time served in a particular position, will receive 3 percent increase in their base salary in order to raise salaries to their maximum, but not beyond.

“After years of sacrifice by faculty, this contract is a work in progress toward fixing our broken salary system,” said Lillian Taiz, president of California Faculty Association and a professor at Cal State L.A. “It is a contract that will help us focus our energy and attention on taking care of our families and teaching the students of California.”

At the same meeting, trustees also voted to approve agreements with the California State University Employees Union, Academic Professionals of California and the International Union of Operating Engineers.