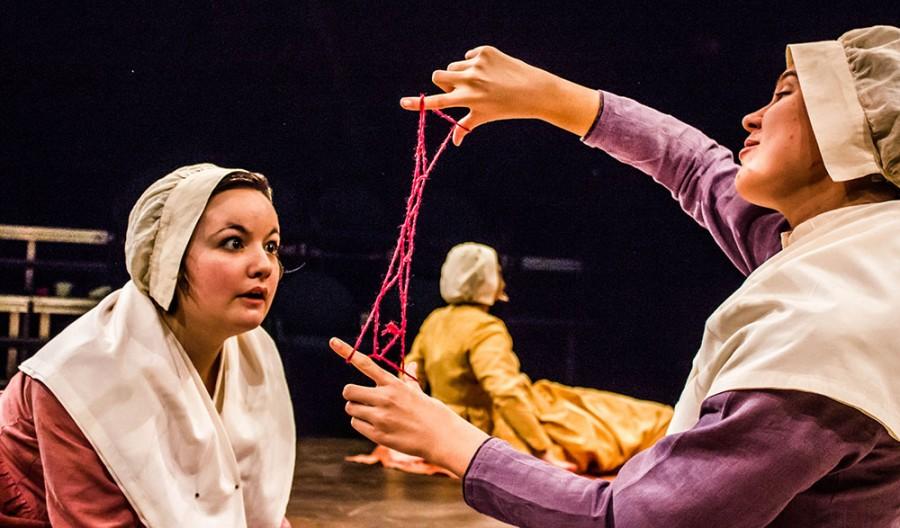 Sister Jane (Sarah Kuhn) teaches Sister Izzy (Brittney Nusbaum) how to make Jacob's Ladder in a scene from "As It Is In Heaven." Photo credit: Chelsea Jeffers 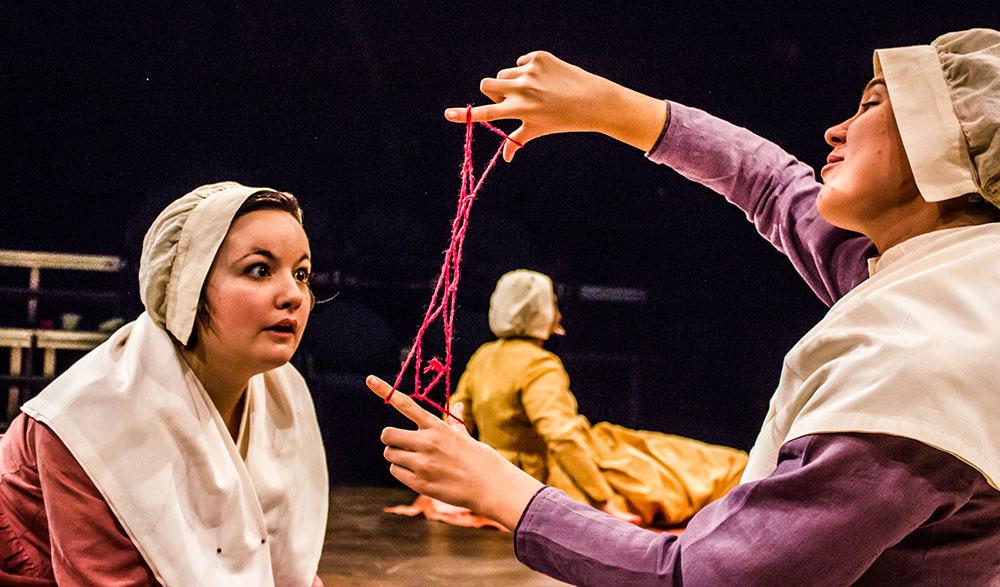 Sister Jane (Sarah Kuhn) teaches Sister Izzy (Brittney Nusbaum) how to make Jacob’s Ladder in a scene from “As It Is In Heaven.” Photo credit: Chelsea Jeffers

Sister Fanny saw them. Sister Polly heard them. If only Sister Hannah would believe them.

What were they? Why, the invisible angels flying over the audience’s head, of course.

The nine-actress cast of Chico State’s School of the Arts production “As It Is In Heaven” displayed an enormous amount of talent as hard-working Shakers on a simple wooden platform set Wednesday in Larry Wismer Theatre.

The play, directed by Cynthia Lammel, is set in 1838, when a few newcomers to a Shaker community in Kentucky begin to experience the presence of Holy Mother Wisdom through dancing, drawing, joking and other activities that prevent them from completing their chores.

Every scene consists of the Shaker sisters working on some chore and talking, occasionally throwing in some entertaining gossip. The climax of the musical is when a few of the sisters began uncontrollably laughing on the floor, like high-schoolers who have just eaten a pot brownie.

The production is very limited, with its use of a few props and only lighting for special effects. But the actresses make good use of the space the simple set provided. 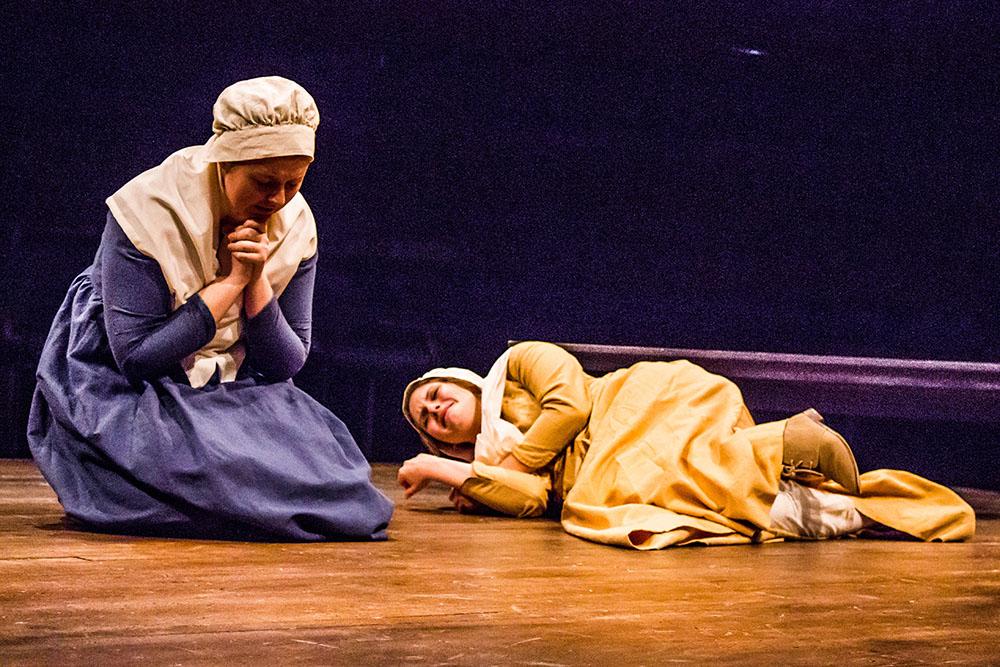 Sister Hannah (Samantha Corbett, left) prays for Sister Fanny (Philomena Block) when she sees an angel in “As It Is In Heaven.” Photo credit: Chelsea Jeffers

All of the actresses of “As It Is In Heaven” did a tremendous job singing, showcasing their acting skills and drawing in the audience with just the expressions on their faces.

The show is just a little lengthy at 90 minutes with no intermission. And the material will not be for everyone: religion and faith are always touchy, and some of the dialogue is redundant and, with no profanity, very traditional.

But what else can you expect given the musical’s setting? After all, the Shakers do practice celibacy and constantly sport white bonnets.

Tickets can be bought online or at the University Box Office. 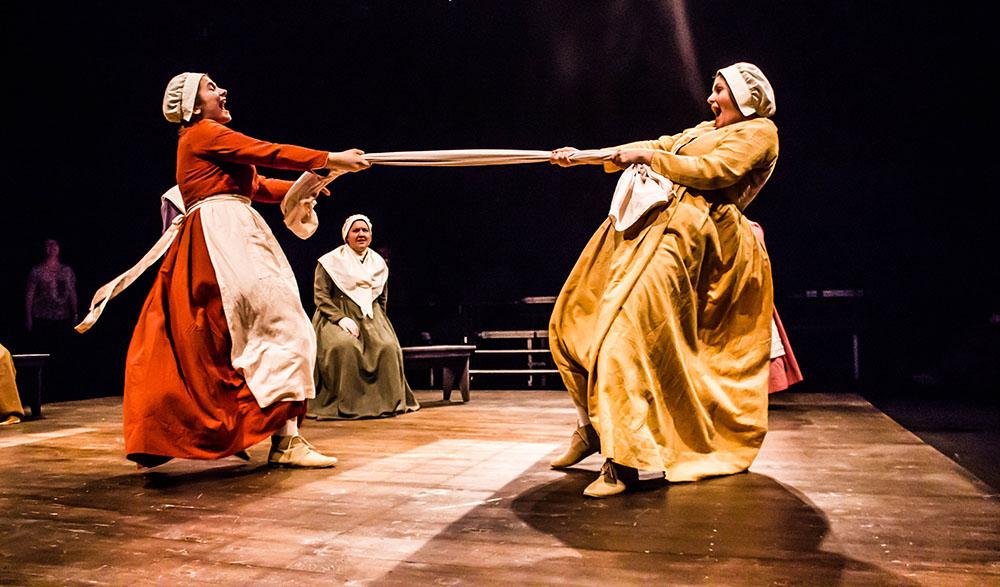 In a fun-filled scene from “As It Is In Heaven,” Sister Polly (Aliya Randel. left) and Sister Fanny (Philomena Block) spin each other round and round. Photo credit: Chelsea Jeffers