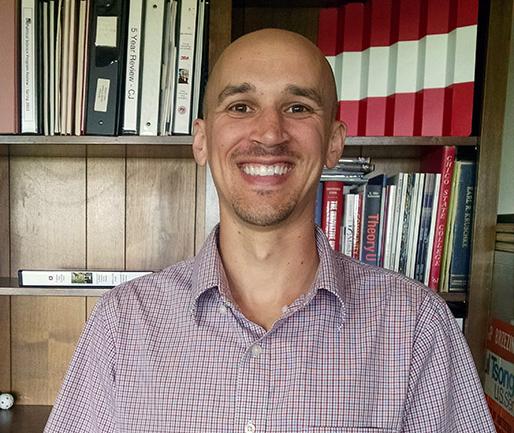 Ryan Patten, chair of the political science department, co-authored a report studying the connection between increased jail violence and the release of non-violent offenders from jails. Photo courtesy of Chico State.

Jail violence has increased in California since the criminal justice realignment bill, AB 109, passed in 2011, according to a study by members of the Chico State Political Science Department.

The study, “Correctional Destabilization and Jail Violence: The Consequences of Prison Depopulation Legislation” discovered that jail inmate violence against staff increased since the implementation of AB 109. From a quarterly report of average number of staff assaults starting in 2006, there was an average of 6.57 incidents reported in 2013.

“We can infer these more sophisticated criminal offenders are bringing more serious behavioral concerns and perhaps gang affiliations into the county jails,” Patten said. “So, while AB 109 might be reducing the inmate population of the prisons, it is bringing more violence to jails.”

In 2011, California passed AB 109 which was meant to reduce the number of prison inmates by reducing the amount of inmates, who commit lower-level felonies, coming in and out of state prisons.

AB 109 created a new category of sentencing for non-violent, non-sexual, non-series felony offenders, Caudill said. Instead of jails holding misdemeanor offenders and those awaiting trial, jails were housing more sophisticated criminal offenders who would normally be admitted to state prisons.

The research couldn’t provide inmate-on-inmate assault data but concluded that escalation in jail violence translated into a more dangerous environment and that the government should have thought of the consequences before implementing it.

If there is no law in the future to limit collateral damage of prison depopulation, communities should anticipate an increase in operational expenses and criminal victimization.

The study was published in the 2014 November-December issue of the Journal of Criminal Justice.

Jovanna Garcia can be reached at [email protected] or @Jo_Garcia19 on Twitter.