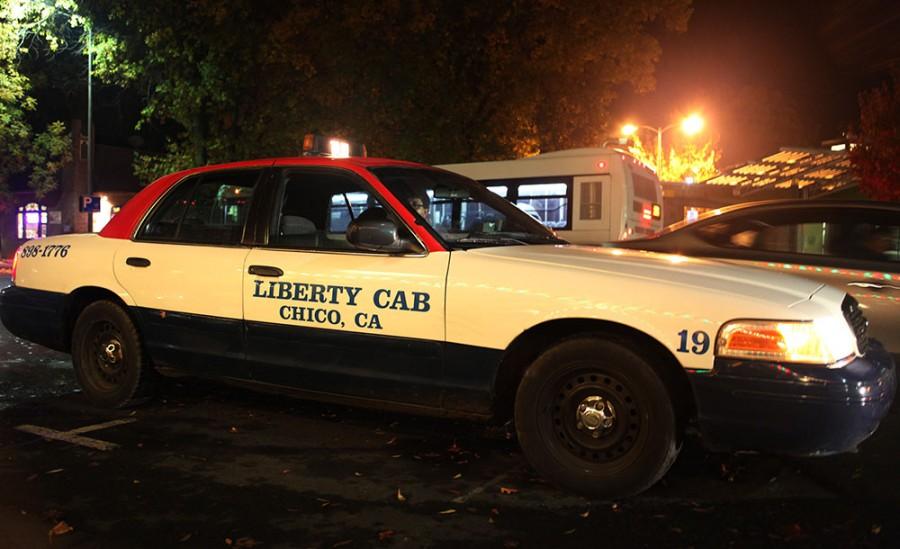 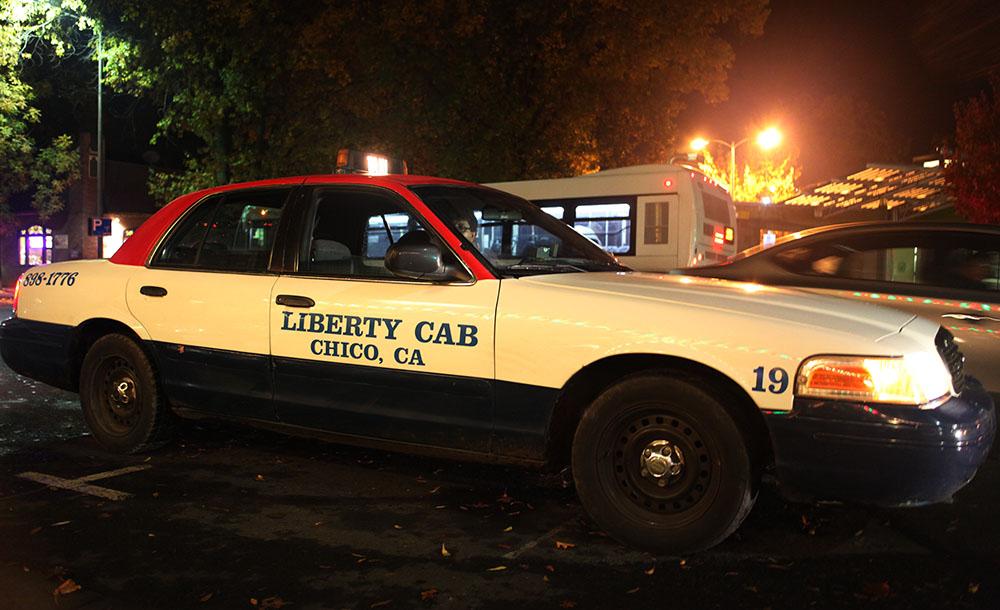 They pick you up when you are drunk, cold or just too lazy to walk. On a weekend night, you can find them lined up outside the bars waiting to get you home safely. Cab drivers are the unsung heroes of downtown Chico on those late, weekend nights.

Richard Perez has been driving for Liberty Cab in Chico for the last 20 years. He was a newspaper printer before he made the switch. Even after 20 years of driving, Perez still enjoys it.

“There are worse jobs I could think of,” Perez said. “I like talking to people and getting to drive all around.”

Being a cab driver can have its more difficult moments too: people puke in cabs and don’t know where they are or where they are going. If there is one thing that cab drivers ask for in their customers, it is common decency.

Most of the people he picks up are nice, but some of the things people do are unbelievable, he said.

The most annoying thing is when a cab is on the way, people find a new way to get where they are going and don’t call dispatch to cancel their cab, he said. When the wait for a cab is long, such as 45 minutes to an hour, not calling and canceling the cab makes the whole system go slower.

“It makes everyone have to wait,” Perez said. “It’s so easy to call a cab in the fist place. Why can’t people call and cancel?”

On busy nights when people aren’t canceling their cabs, Perez can go for an hour without picking any one of his calls up, he said.

“Before I pick up a phone and call a cab for myself, I know exactly where I am and that I am ready to be picked up,” Perez said. “How is a cab going to find you if you don’t even know where you are?”

Cab drivers see all kinds of people, which is something they usually enjoy except when those people do something like puke in the cab.

“One time I picked up these four college girls,” he said. “One of them puked in my cab. Then she laughed — she laughed! And then said, ‘You’re the cab driver, you clean it up.'”

The drunk don’t always puke, but if he thinks that if they are on the verge of blowing chunks, he will roll the back windows down and try to get the breeze on their face, Perez said.

“People also fall asleep when they are really drunk,” Perez said. “They get in the cab and before they can even tell me where they are going, they are out. I’ll drive them to the cops to wake them up. It’s quite fast how quickly they sober up when they wake up to a cop.”

At the end of the day, cab drivers are out there trying to help people get where they need to go, he said. It is their job. It is what they go out there to do.

Michaela Sundholm can be reached at [email protected] or @Michaela_Sun on Twitter.